Some details have popped up for the second anime film adaptation of Yoshihiro Togashi’s Hunter x Hunter, including the story description and premiere date. According to this year’s 37th issue of Shonen Jump magazine, Hunter x Hunter -The Last Mission- is set to hit Japanese theaters on December 27.

The story of The Last Mission revolves around the strongest Hunters that once existed in the Hunters Association. Split into “light” and “dark,” the latter group begins making moves to massacre all Hunters, and Gon finds himself forced to take action. Get ready for the war of the Hunters! 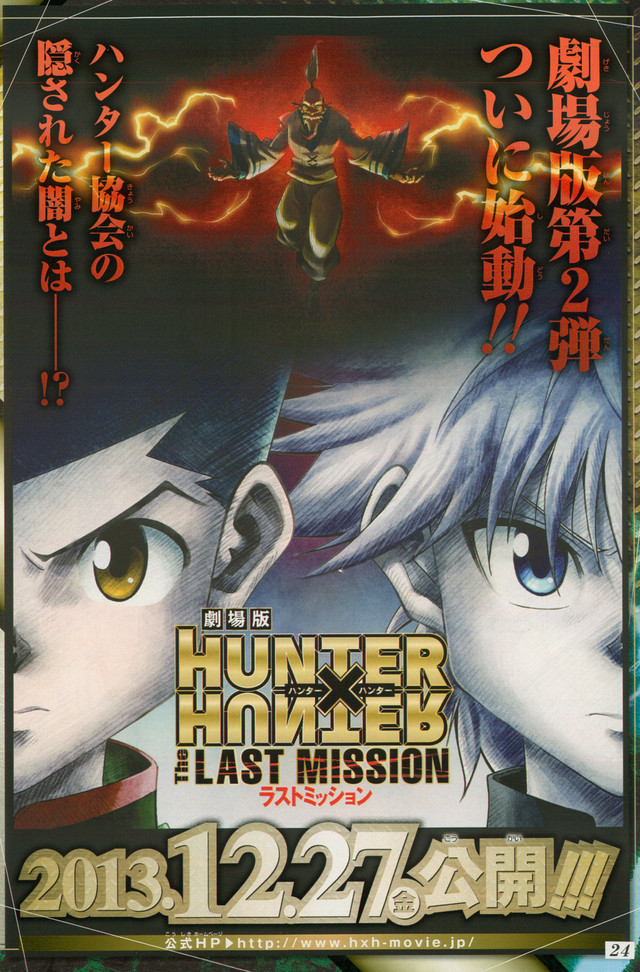 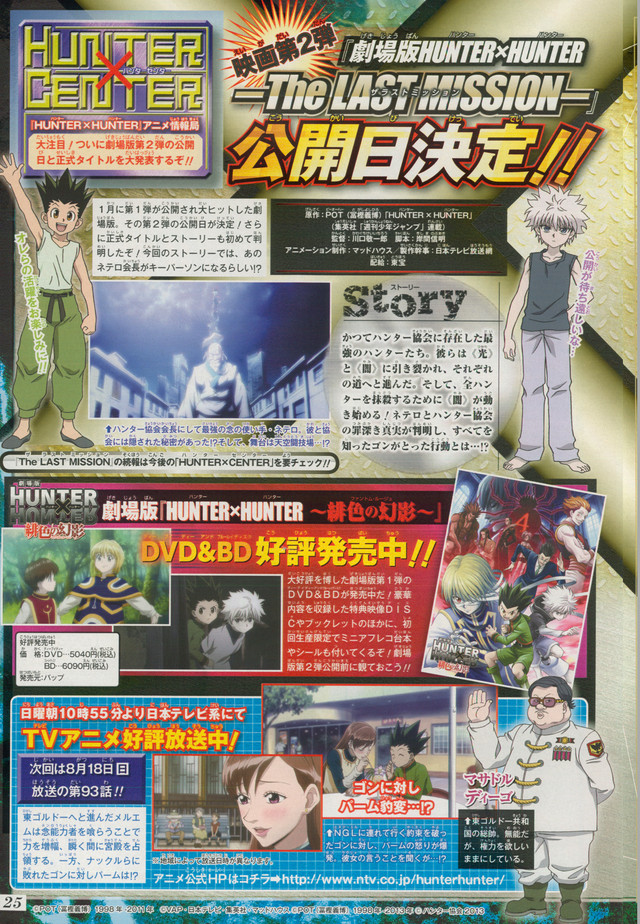 The movie will be directed by Keiichiro Kawaguchi (Sket Dance, Hayate the Combat Butler), with Nobuaki Kishima (the first Hunter x Hunter anime series and OVAs) on the script.