New Yowamushi Pedal Anime Film Rushes in with a Trailer 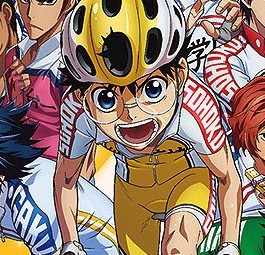 As previously reported, the Yowamushi Pedal anime—based on the manga by Wataru Watanabe—isn’t just recapping things with a compilation film. There’s also an all-new anime film on the way, directed by My Little Monster‘s Norihiro Naganuma and set to open in 80 theaters throughout Japan on August 28.

There’s a little over a month to go until the premiere—which will offer moviegoers one of 18 types of rubber keyholders featuring Yowamushi Pedal characters—and now we can see some of the original work in the full trailer below.

Knights of Sidonia Manga Keeps the Fight for Humanity Alive
Devilman Cast Lined Up for Cyborg 009 vs. Devilman Anime