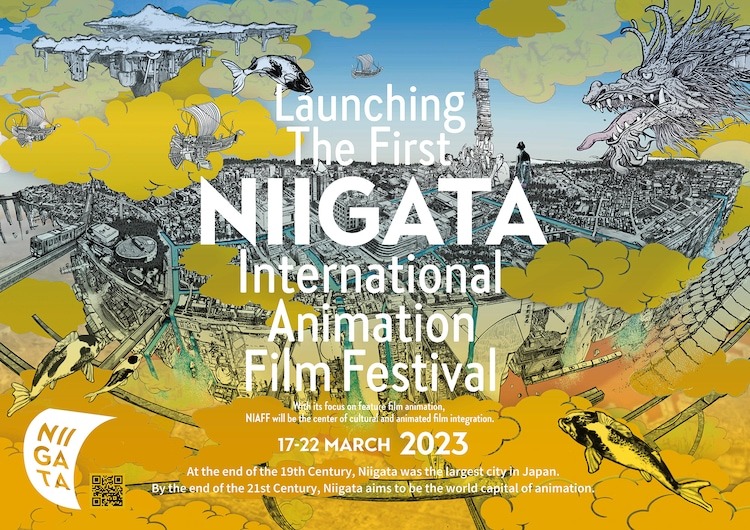 Hey, this is cool. So, one: Niigata, a city and prefecture a few hours north of Tokyo, is getting a new animation festival in 2023. It’s called the Niigata International Animation Film Festival, and it’s set to run from March 17 to 23, 2023.

Two: the festival has lined up a pretty cool chairman for its first jury: none other than Mamoru Oshii, the director of Ghost in the Shell, Innocence, Sky Crawlers, Vladlove and a whole lot else.

At a press conference for the festival, Oshii commented: “There have been many animation contests in the past, but when you think about it, they have mainly focused on artistic animation. The feature of this year’s contest is that it specializes in feature-length and entertainment films. I thought that was interesting.”

The festival aims to be the largest animation film festival in Asia for feature-length animated films, and expects to show about 25 to 35 films. Sounds like a fun time.

The festival director is Shinichiro Inoue, a producer on live-action films and anime like Bungo Stray Dogs: Dead Apple.

Niigata is home to branches of the anime studios Production I.G and 8-Bit. Its goal “by the end of the 21st century” is “to be the world capital of animation.” Nice ambition!