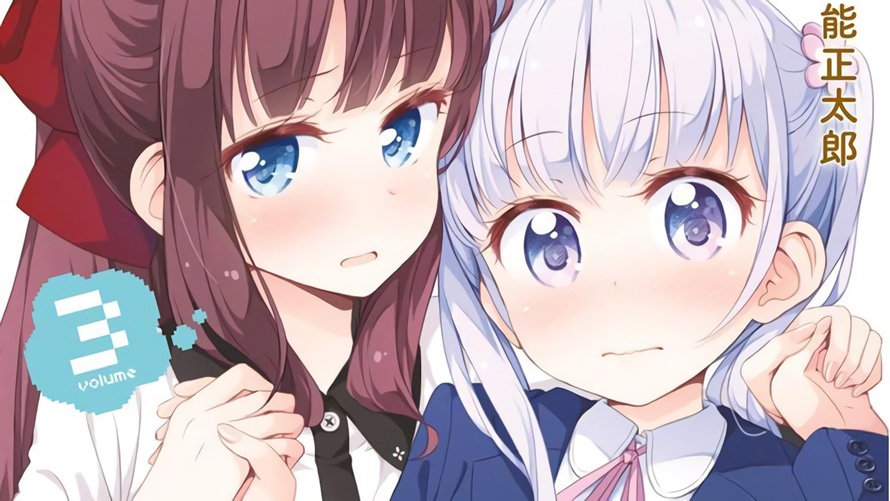 Aoba, a petite young game designer fresh out of high school, starts work at a video game company with full fangirl enthusiasm. Her coworkers represent a spectrum of geek types: an otaku animator who collects figurines and waves swords around, a shy artist who can only communicate over the Internet, and that old-school manga classic, the drunk lady who can fall asleep anywhere and likes to walk around pantsless. 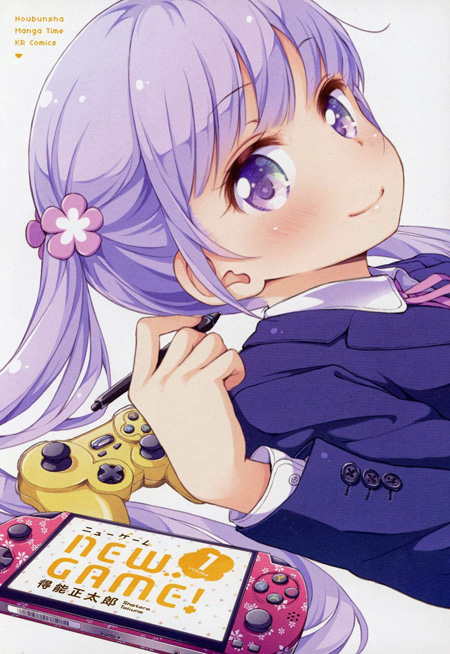 This four-panel gag strip assures gamers that their most hopeful fantasies are real: yes, Virginia, working at a game company is a dream job where you hang out with attractive, friendly nerdgirls and doodle characters in fantasy costumes for money. Much fuss is made over Aoba’s young looks, but every employee is drawn as a big-eyed moe girl and the 25-year-olds are the old ladies of the group. Readers learn a little about the video game industry as Aoba is put to work creating NPCs and slowly climbs the ladder to lead character design, but this isn’t a geek-industry manga like Bakuman. that drops knowledge and tries to be at least semi-plausible about the job. It’s more of a cute-girl comic with game company theming. The sequence that feels most authentic is the staff’s after-work drinking party.

Like a lot of gag manga, New Game! traffics in the mildest of humor; this is the kind of comic strip where characters spend multiple strips nervously debating how politely to address each other while they blush and sweatdrop, and that’s the joke. But it’s sweet fluff, attractively if not memorably drawn. If a video game industry run by geeky young women who love their work is a fantasy, at least it’s a pleasant one.