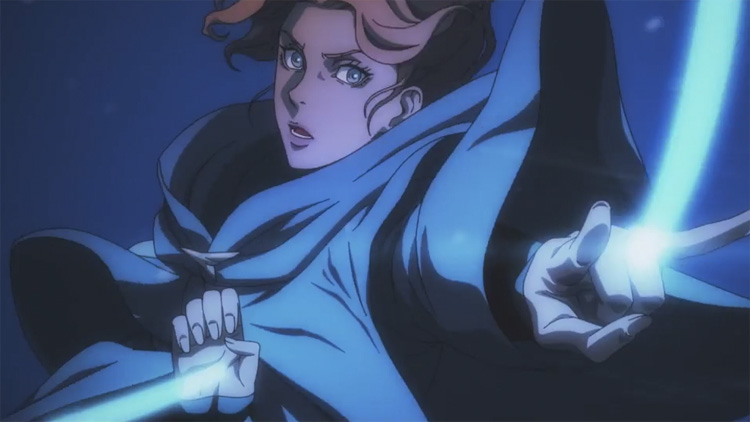 Remember when vampire anime was a big thing? Back in the VHS days, some of the earliest Stateside releases included stuff like Vampire Hunter D and Vampire Princess Miyu, and that’s the vibe we’re getting from the first trailer for Netflix’s animated Castlevania series.

Castlevania: Vengeance, as the cheeky opening for the trailer makes clear, is based on the long-running series of video games by Konami about the Belmonts, a family of vampire hunters who whip their way through enemies like Medusa, Death and Frankenstein’s Monster before finally facing down Dracula himself.

Look out for Castlevania: Vengeance on Netflix July 7.

View all posts by Matt Schley
Explore the Mystery of the Norn9 Anime on Home Video
Is July Anime DIVE!! the Free! of 2017? First Trailer Revealed