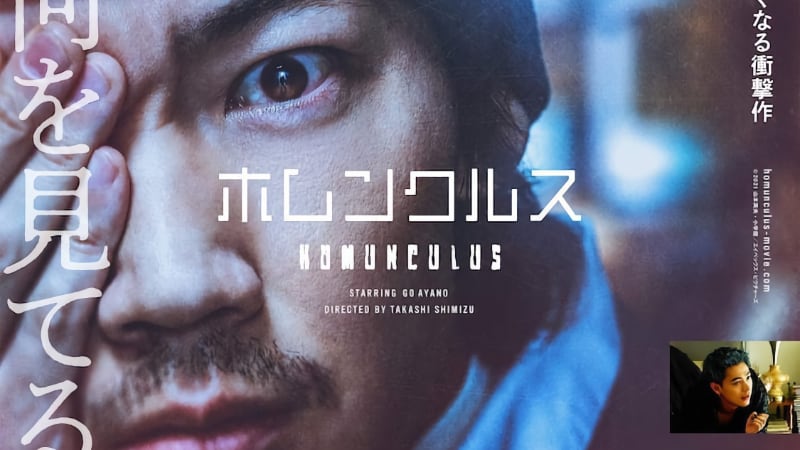 Homunculus, the horror manga by Hideo Yamamoto, is set for a live-action film. Now we have some details on that film and a brand-new trailer.

The film is directed by Takashi Shimizu, who’s best known for his horror films like Ju-on: The Grudge and Hell Girl.

It stars Go Ayano as Susumu Nakoshi, a homeless 34-year-old who undergoes “trepanation,” a surgery in which a hole is drilled in your skull to allow you to sense ghosts and use ESP. Wow!

The trailer also includes a clip of the film’s theme song, “Trepanation,” by the band millennium parade. The film will be released in theaters in Japan starting April 2 and hit Netflix sometime thereafter.

The Homunculus manga ran in the pages of Big Comic Spirits from 2003 to 2011. There are 15 volumes in total. No official English release… maybe this film will inspire someone to pick it up! 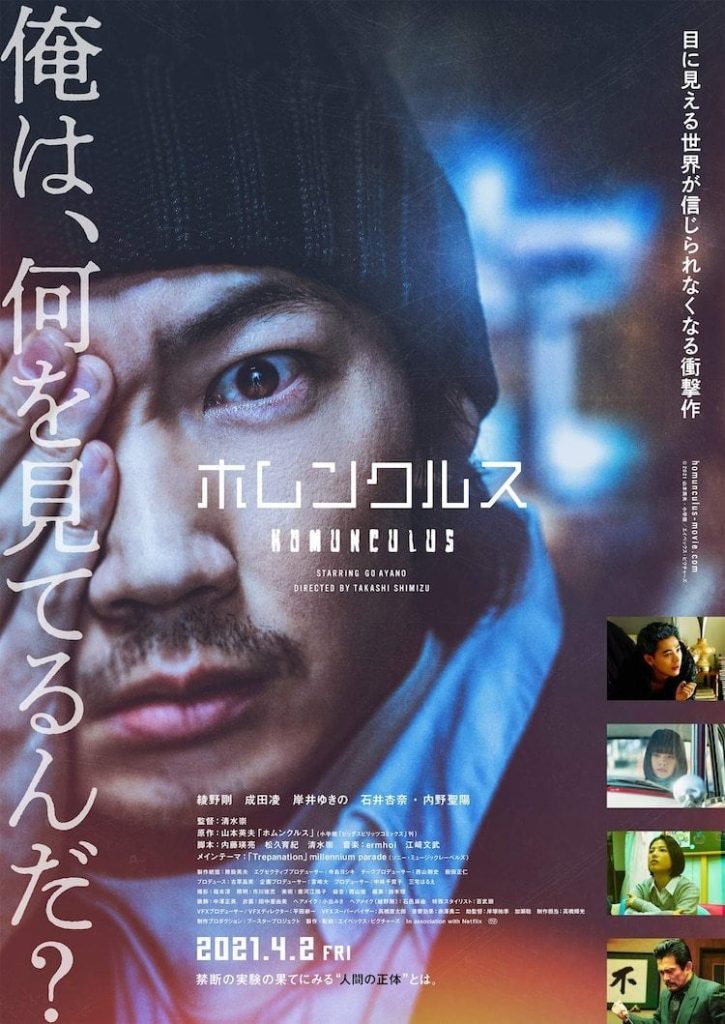