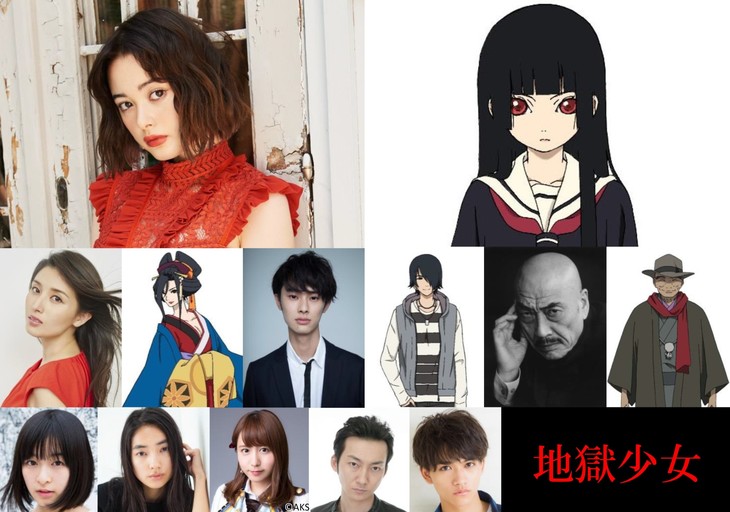 Hell Girl, the popular horror franchise also known as Jigoku Shojo, will be getting a live-action film adaptation.

The film, which will be released in Japan next autumn, will star Tina Tamashiro as main character Ai Enma.

Tamashiro is a model and actress whose latest film was Missions of Love, another manga-to-live-action adaptation.

At the helm is veteran horror director Koji Shiraishi (Sadako vs. Kayako, Impossibility Defense), who is also writing the screenplay.

Hell Girl began as a 2005-2006 anime series directed by Takahiro Omori at Studio Deen. It was followed by several addition seasons, manga, and a live-action TV adaptation. The most recent season of the anime series aired last year.