The next stop for Kei Sanbe’s acclaimed mystery manga ERASED is a live-action Netflix drama series that’s on its way to 190 countries/global regions. The drama will diverge from the previous anime series and live-action film, in that it will actually adapt the climax of the original manga for the first time.

The latest announcement has the Japanese version of Netflix set to debut the drama on December 15. Along with the date is a brand new visual: 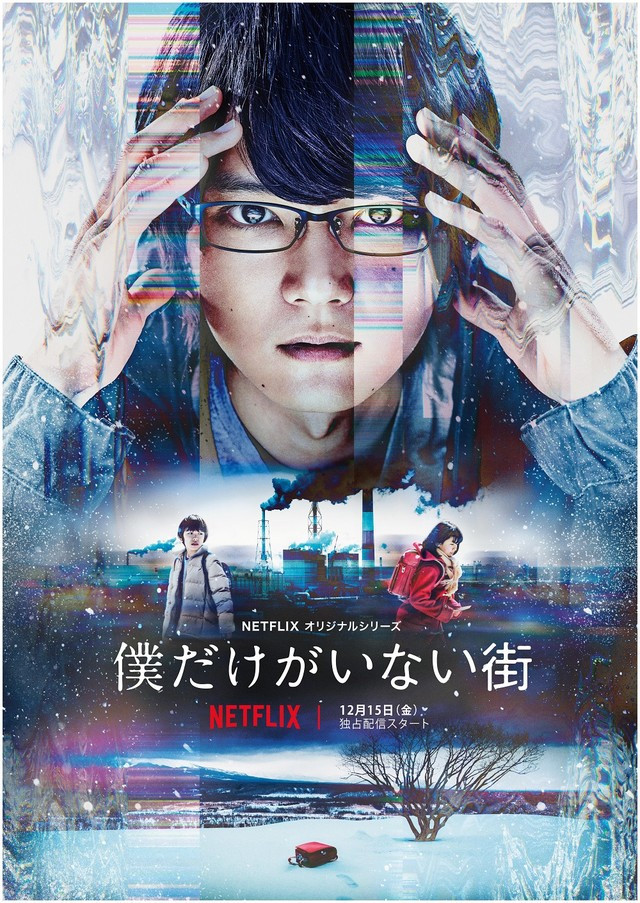 Crunchyroll streamed the anime adaptation as it aired. Here’s how they describe the story:

Satoru Fujinuma is a young manga artist struggling to make a name for himself following his debut. But, that was not the only thing in his life that Satoru was feeling frustrated about…he was also living with a strange condition only he was able to experience. – REVIVAL A strange phenomenon where one is transferred back to the moment right before something life-threatening occurs. This continues to happen until the cause of the threat is erased. It is as if somebody is forcing Satoru to stop it from happening