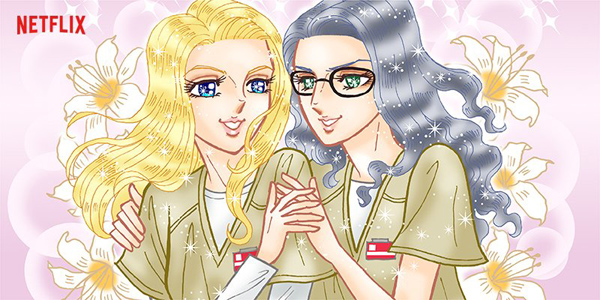 As any international business major can tell you, different countries require different marketing strategies, even for an identical product.

Case in point: Netflix’s very Japanese approach to hyping their original series Orange Is The New Black for the Japanese market.

A tweet by the official Netflix Japan account contained an anime-style illustration of characters Alex Vause and Piper Chapman with the caption “as long as you have love, even prison can be a happy place.”

Can you say “adorbs”?

Netflix currently carries several anime series they brand as “Netflix originals,” but those series are simply licensed ala Crunchyroll and Funimation. That may change in the future, however, as hinted at by Netflix founder Reed Hastings last year.