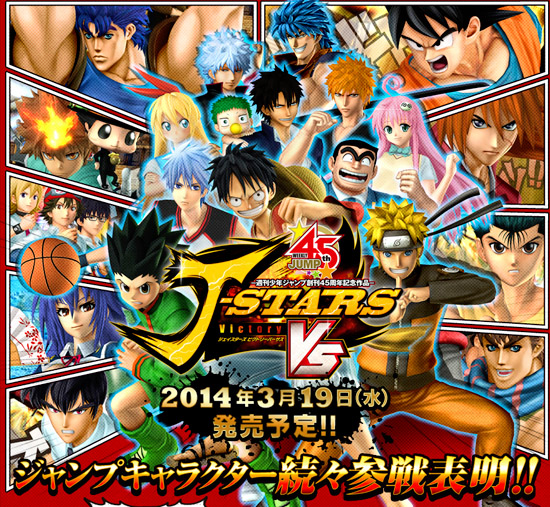 Marvel vs. Capcom. Mortal Kombat vs. DC. Super Smash Bros. Fighting games have a long and proud tradition of throwing together a bunch of characters you’d never normally see in the same place.

Namco Bandai Games are taking up the mantle this spring with their new 3D fighter, J-Stars Victory Vs., due out in Japan March 19th for PS3 and Vita, throwing into the virtual arena a plethora of characters from various Shonen Jump manga. It’s all part of Shonen Jump’s 45th anniversary. 45 years! That’s a lot of comics.

The preview video shows off the gameplay, voices by original voice actors, and some crazy Shonen Jump matchups. Vegeta vs. Jonathan Joestar – who do you think would win? 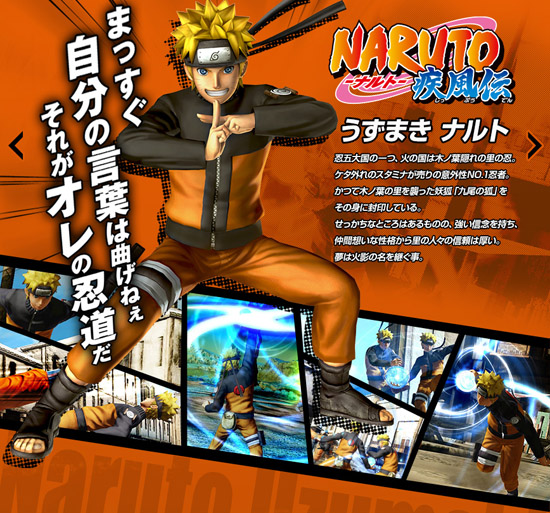 Update 5/9/14: The game is out and Play-Asia was kind enough to send us a copy to try out. Click here to read our J-Stars Victory Vs. Review!