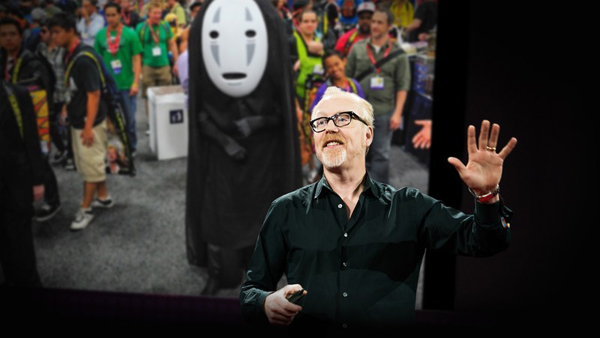 Now that the long-running MythBusters has come to an end, former co-host Adam Savage has a bit more time on his hands, and has wisely decided to use it for – what else? – cosplay.

The special effects designer recently gave a TED Talk in which he paid tribute to his love of the art form and revealed that the super-detailed No-Face from Spirited Away walking around Comic-Con a while back was, in fact, him.

Savage talked about his own history of costume creation, which started when he was a kid, to his most recent projects. He also paid to tribute to cosplayers in general, saying, “they’re super clever and genius. They let their freak flag fly and it’s beautiful.”

Definitely watch until the end of the video, when Savage talks about the fun he had as Spirited Away’s No-Face, which included not just posing for photos, but giving away pieces of gold just like in the film.

Nice to see cosplay supported by such a well-known and respected public figure.