Get a Peek at the My Hero Academia Movie Bonus Manga

The My Hero Academia film hits Japan this weekend, and the first million viewers will receive an exclusive, nine-page manga written by Academia creator Kohei Horikoshi.

Today, a short video hyping that manga has been released.

The manga is called “No.0 ALL MIGHT: RISING” and is about All Might’s past: specifically, his relationship with his mentor.

In addition to the preview video, Horikoshi penned a tweet that read:

“It’s kind of a preview for something coming up in the main manga. I feel like I revealed a bit too much, but, well, it’s okay, right? Probably!! Maybe!!!”

The limited-edition manga also contains the transcript of a conversation between Horikoshi and Eiichiro Oda of One Piece, the world’s most famous tonsillness manga-ka.

How about an English-language version of this sucker?

My Hero Academia the Movie: The Two Heroes hits theaters in Japan August 3. 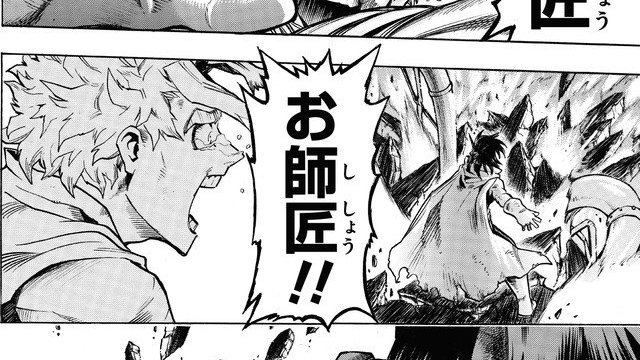