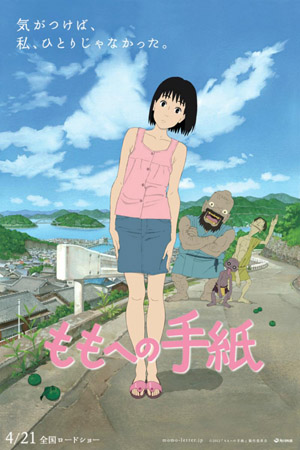 Think back, if you will, to the 2003 Academy Awards. Steve Martin was host, Chicago won Best Picture, and Eminem’s “Lose Yourself” became the first hip-hop song to win an Oscar.

But most importantly, Hayao Miyazaki’s Spirited Away won the Academy Award for Best Animated Feature, quite a coup for Studio Ghibli (and anime in general) in a category virtually dominated by Pixar.

Now, ten years later, Miyazaki may have another shot at Oscar gold with his new feature, The Wind Rises, which has been accepted for consideration for an Oscar nomination. But it’s not alone!

The other Japanese films up for consideration are A Letter to Momo, which hit Japanese theaters way back in April of last year, and Madoka Magica: Rebellion, which just came out. Funny how that works, but the Oscars are infamous for seemingly nonsensical, often baffling rules.

Another odd rule the Oscars follow is that to qualify for consideration, a film must have had a theatrical run in Los Angeles. The Wind Rises satisfied that requirement just last week, while Momo played some time back. Madoka will hit LA on December 13th at the Egyptian Theater.

To be clear, this is the step before actual nomination – the Academy will whittle down the list of nine total films to four or five from here. And while we quite liked and are rooting for all three films to be nominated, it’s obvious which one has the greatest chance. Regardless, it’s nice to see a healthy dose of Japanese animation on the list at all.