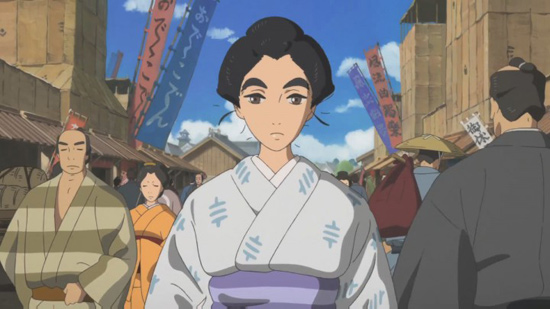 Hoorah! The trailer for Sarusuberi: Miss Hokusai, the upcoming anime film based on the life of O-Ei Katsushika, daughter of the famed Japanese artist Hokusai, has been released.

Miss Hokusai is being animated at Production I.G (Ghost in the Shell) and is directed by Keiichi Hara (Summer Days with Coo, Colorful). It’s based on a manga titled Sarusuberi by Hinako Sugiura which ran from 1983 to 1987, which itself is based on the real life of O-Ei Katsushika.