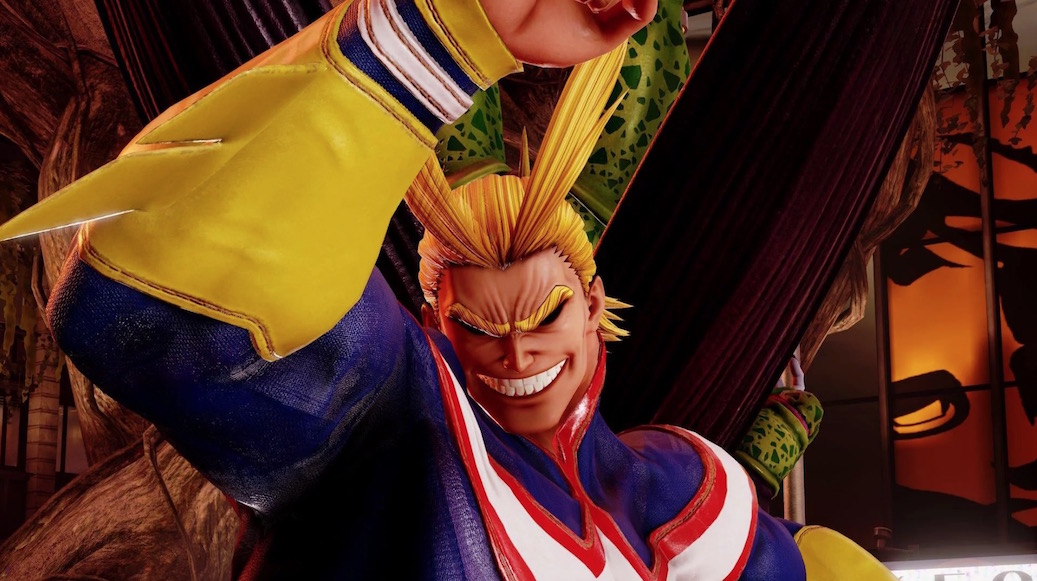 Bandai Namco Entertainment previously announced All Might from My Hero Academia as one of the next DLC characters for JUMP FORCE, and earlier today they went live with the symbol of peace’s first trailer. That’s not all, though; we also know the other DLC characters coming down the pipeline, so check out the footage below and stick around for the full list of upcoming DLC additions.

Biscuit Krueger (HUNTER X HUNTER) – A treasure hunter who hides her true age behind a young appearance. While her original form is that of a muscular adult woman, she prefers to stay in her child form to her advantage in gathering intel and deceiving opponents while in combat.

Madara Uchiha (NARUTO) – A legendary leader of the Uchiha clan and founder of Hidden Leaf Village. He plans to rule the Ninja World as a god and is resurrected as an unstoppable ninja during the Forth Great Ninja War.

Trafalgar D. Water Law (ONE PIECE) – A friendly rival to Luffy of the Straw Hat Pirates. Law is part of a group known as the Worst Generation as well as being the captain and doctor of the Heart Pirates.

Hitsugaya Toshiro (BLEACH) – A captain of the 10th division of the Gotei 13, a group of Soul Reapers governing the flow of souls between the human world and afterlife realm known as Soul Society.

Grimmjow Jaegerjaquez (BLEACH) – Formerly the 6th Espada in Sosuke Aizen’s army. Grimmjow’s brutal and sadistic personality makes him one of the major antagonists of the BLEACH series.

Katsuki Bakugo (MY HERO ACADEMIA) – A student in Class 1-A in the U.A. High School. Katsuki is Midoriya’s on-and-off again friend and rival. Katsuki’s Quirk allows him to utilize explosion attacks through special sweat glands in his palms.

Stay tuned for release date info and other details.