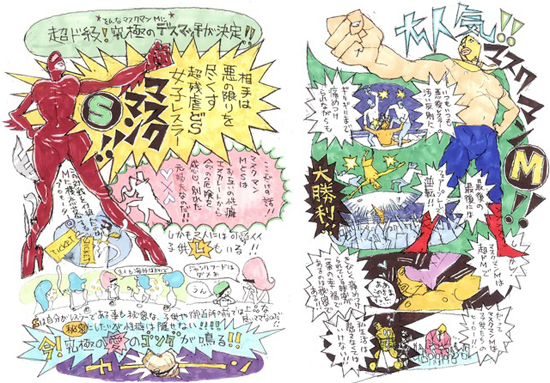 As we recently reported, last week saw the announcement of an extremely ambitious and exciting project from animation house Production I.G. and director Masaaki Yuasa: Kick-Heart, an animated short to be paid for by fan contributions via crowd-funding website Kickstarter.

Kick-Heart, a planned 10-minute short, is an unconventional love story between two pro-wrestlers. The short’s Kickstarter page reveals what promises to be another strange and unique project from director Yuasa (Tatami Galaxy), one of the most interesting directors working in anime today. Additionally working on the project as a consultant and advisor is Mamoru Oshii (Ghost in the Shell, Sky Crawlers), a legend who has created many of his most famous works with Production I.G.

To find out more about the project, we talked to director Masaaki Yuasa, producer and Production I.G. CEO Mitsuhisa Ishikawa, and project supervisor Yoshiki Sakurai.

OUSA: What was the genesis of this project? Which came first: “we have this cool project idea, how should we fund it?” or “Kickstarter is a cool idea, why don’t we come up with a project we could fund with it?”

Sakurai: First of all, we thought we would like to make something really new and challenging, since it is our company’s 25th anniversary this year.  We asked Yuasa-san whether he had something original that he would like to make. He pitched us about 10 ideas and among them, we chose Kick-Heart.

At the same time, Justin Leach, a former I.G. employee living in New York, approached us with the idea of doing a Kickstarter project and the timing just happened to work out.

Justin has known Yuasa-san personally and greatly admired his past work, so he worked as one of the producers for the project and tried very hard to launch it on Kickstarter
. 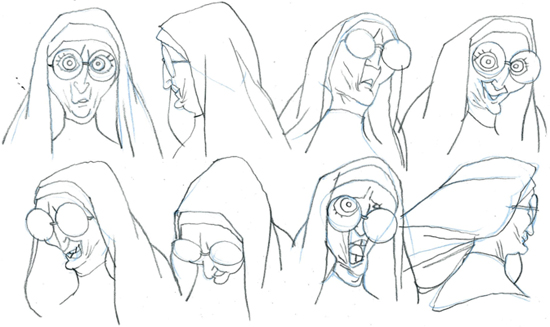 OUSA: Yuasa-san, your projects have always been pretty unconventional. How have you found funding up until now? Would it be harder to get funding for something like Kemonozume, for example, than it was six years ago?

Yuasa: Perhaps I’m just a contrarian, but I tend to want to make things that go against what’s popular at the time. I think that it’s also healthy for the industry to have works from many different genres and not be too slanted toward any one type of title, and I think that such an approach will keep anime looking fresh in the eyes of viewers.

Until a few years ago, I was able to freely create works thanks to producers who trusted me or studios who had a strong foundation, but now we’re in a state where pitches won’t be accepted just thanks to the strong backing of a producer. These days, a proposal won’t make it unless it also makes sponsors feel safe.

While I’ve personally had confidence in every title I’ve made up to now, I’m a director who makes titles that haven’t brought large profits to sponsors, so they don’t have confidence in me. I think that if I’m able to regain their faith by producing results (profits) with projects that they feel safe about, then I’ll someday be able to once again create the kinds of titles that I’d personally like to make.

OUSA: Similar question for Ishikawa-san: Could you compare the state of the industry now to when Production I.G. was founded? How has it changed over the years?

Ishikawa: Animation has become a form of entertainment that is loved around the world, and Japan makes many anime titles every year. Many great accomplishments are being put out from that environment for the world to see. While I think that this is wonderful, both creators and viewers have gotten used to this situation. I think it may be the case that the environment surrounding animation has become “oversaturated” in many different ways.

I.G was created with the thought, “Let’s make a place where talented animators can go wild!” When the studio was created (1987), far fewer anime were being made, and much of the work done by studios was as subcontractors, causing it to be a very difficult time to make creator-based animation. However, the societal position of animation culture has risen now, and so has the amount of attention given to individual creators. Now, having creators go wild when making an animated title has become the standard. I feel that this is a major change. On the flip side, though, I also feel that there are now too many titles being made, causing talented creators to be too spread out. 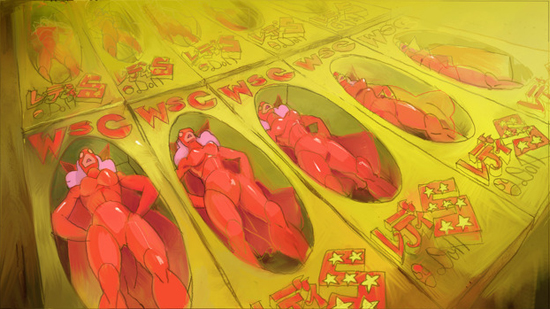 OUSA: Why are investors less willing to take risks now?

Ishikawa: I don’t think that investors are less willing to take risks. Every year, nearly 100 works of animation are created in Japan. This is because investors are constantly taking risks and cultivating content. If anything, I think it’s creators that are less willing to take risks now. That’s why Mr. Yuasa has decided to throw down the gauntlet in earnest with Kick-Heart. This project won’t gather money unless people see our pitch and think, “This looks interesting, I want to see it!” Mr. Yuasa says that he wants to make something that he thinks is personally interesting, but he’s actually constantly wondering how best to create something that viewers will enjoy. By putting himself at the center of the creative process, he’s going to be able to test his true worth as a creator. It’s a demanding position to be in, but that’s precisely why I believe we’ll see something worthwhile born out of this.

OUSA: What are your hopes for this project? What would a “success” be in your eyes? Do you think crowdsourcing is a sustainable resource for funding?

raise a higher amount, let’s say, $1,000,000, we will seriously consider about making a full feature film (this has since been added as an official goal – Ed.). Crowd-funding is a totally new way of funding, and it seems that there is a great future for this type of business.

OUSA: Could you elaborate on Mamoru Oshii’s role in the production?

Sakurai: When we look back at the history of our company, we have produced many important projects with Oshii-san, so it was very natural for us to ask his advice on this 25th anniversary project.

He showed great expectations for Yuasa-san, saying he was a totally new type of director for I.G. At the same time, he didn’t want to interfere with Yuasa-san’s style of animation, so he checked some materials and gave comments and advice to the staff, but he basically had Yuasa-san do exactly what he wanted to do.