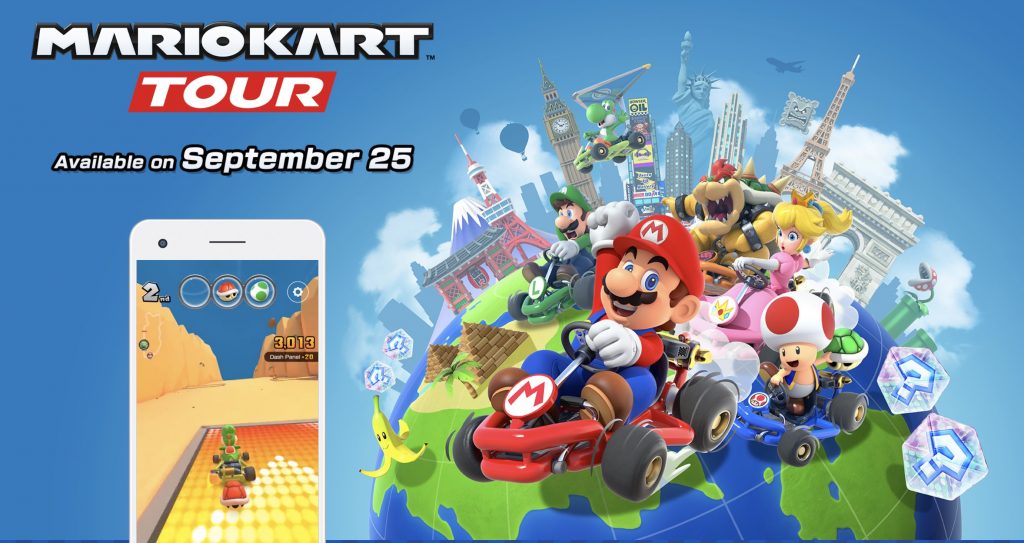 It still boggles our minds to see Nintendo games on non-Nintendo hardware, but here it is: Mario Kart Tour is set to race onto iOS and Android September 25.

That’s according to a new trailer from the big N themselves.

The game has been delayed a few times to improve quality. “Free to start,” it will require a Nintendo account and will feature in-game purchases.

The trailer released today shows how the game can be played using a single finger, with various gestures to use items and jump. It also shows off some of the game’s maps, which are based on real-world locations.

We’re looking forward to speeding down the track between phone calls with Mario next month.

View all posts by Matt Schley
[Review] Anime-Gataris
Shirobako Director: “I’m Going to Live in the Jungle, Don’t Try to Find Me”