March Comes in Like a Lion Anime Premieres October 8 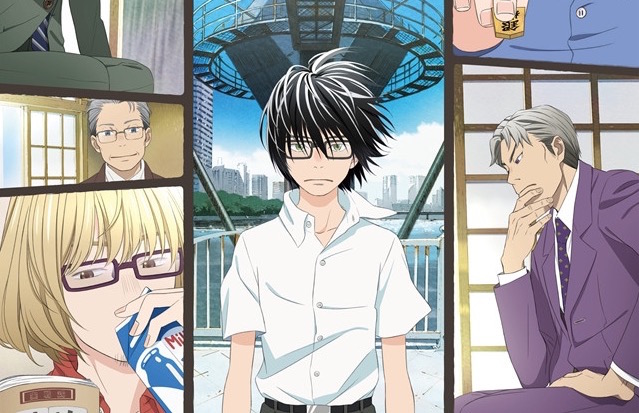 The anime adaptation of Chica Umino’s March Comes in Like a Lion shogi manga—which is being directed by Puella Magi Madoka Magica‘s Akiyuki Shinbo—now has a premiere date. According to the official website, the TV series will premiere on NHK General TV on October 8.

Shaft handles animation production for the series, with Nobuhiro Sugiyama on character designs, Yasuhiro Nakura on art settings, Seiki Tamura as art director, and Toshiki Kameyama as sound director. BUMP OF CHICKEN will perform both the opening and ending themes.