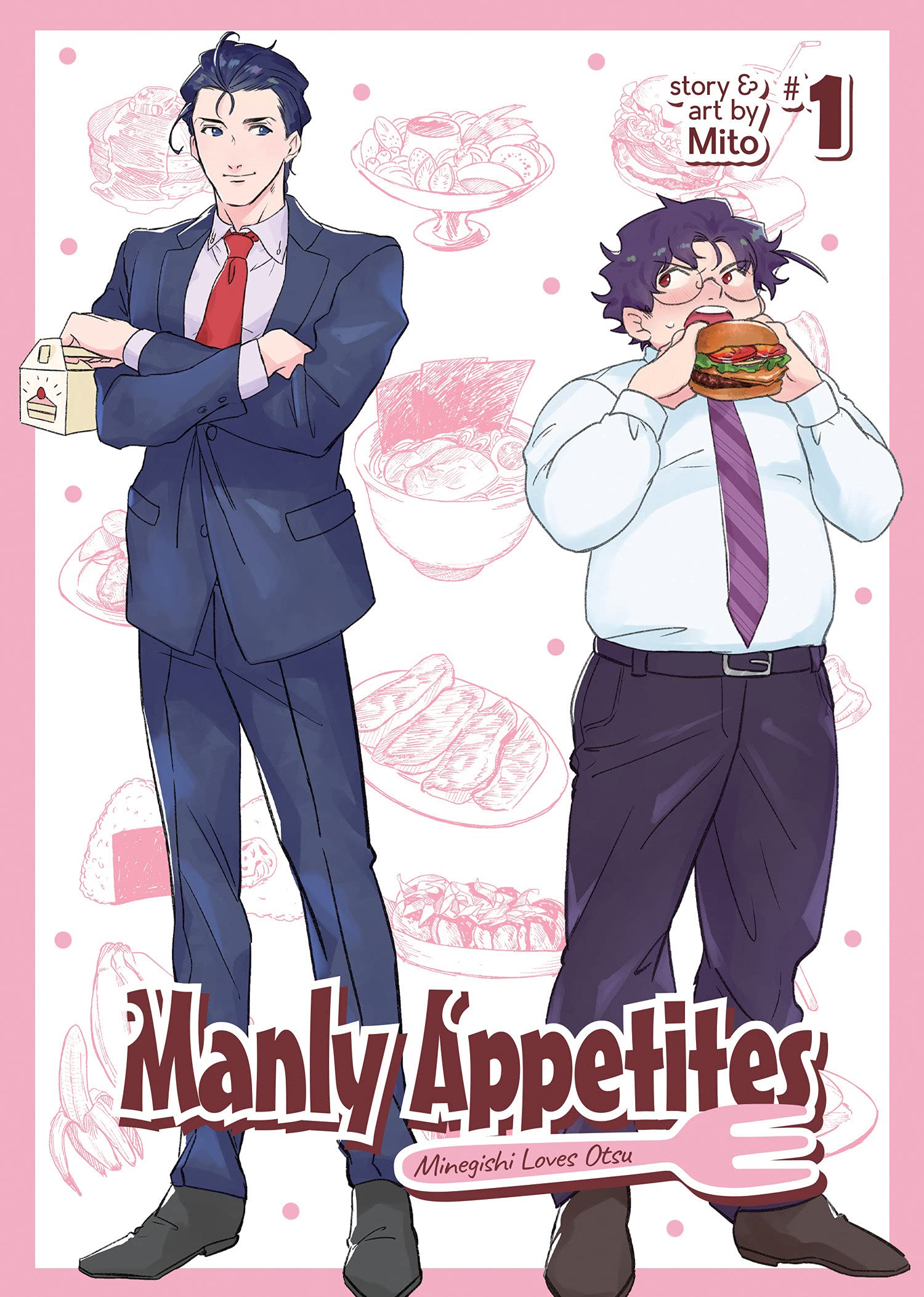 Manly Appetites is an endearing BL series that runs for three volumes. In it, the characters Minegishi and Otsu start out working in the same office, but gradually their relationship grows.

Minegishi looks like a pretty typical bishonen lead in BL — tall, trim, and handsome. He also has all sorts of winning qualities, like compassion, helpfulness, and a desire to feed others. Otsu is not your typical bishonen in BL, though. He’s shorter, overweight, and insecure about his looks. He can act prickly, but this is coming from his insecurity. And he can’t understand why Minegishi enjoys being with him so much.

Minegishi insists that he loves watching Otsu eat, because Otsu looks so happy then, and that’s what makes Minegishi happy. From this pretty basic setup, the series moves on to become sentimental — but not maudlin — and sweet, but not overly so. It’s nice to organically watch the two characters become a couple. It’s not heavy on plot, so it works that it’s wrapped up in three volumes instead of dragging it on for too long. Three volumes feels like the perfect length for it. The aspect of Otsu’s looks make it different from other BL out there, but it isn’t that different, as it still fits in the formula of the two men falling in love and getting together.

Some BL stories can be explicit, but Manly Appetites stays within the teen rating and never shows much. A little bit is implied, but not a lot. This would be a sugary BL, and not just because it shows many sweet foods in its pages, but because there really isn’t anything harsh or intense in it. At the end of the day, it’s a relaxing, dreamy read. A mini anime adaptation has been made from it, and there’s a brief bit of information on the anime in the manga. This is a good read for fans of BL who want something innocent, and something that is a little different but not too different.

Honkai Impact 3rd Version 5.5 Update is Now Live!
While Kizuna AI Is Away, Here Are Some of Our Favorite Moments