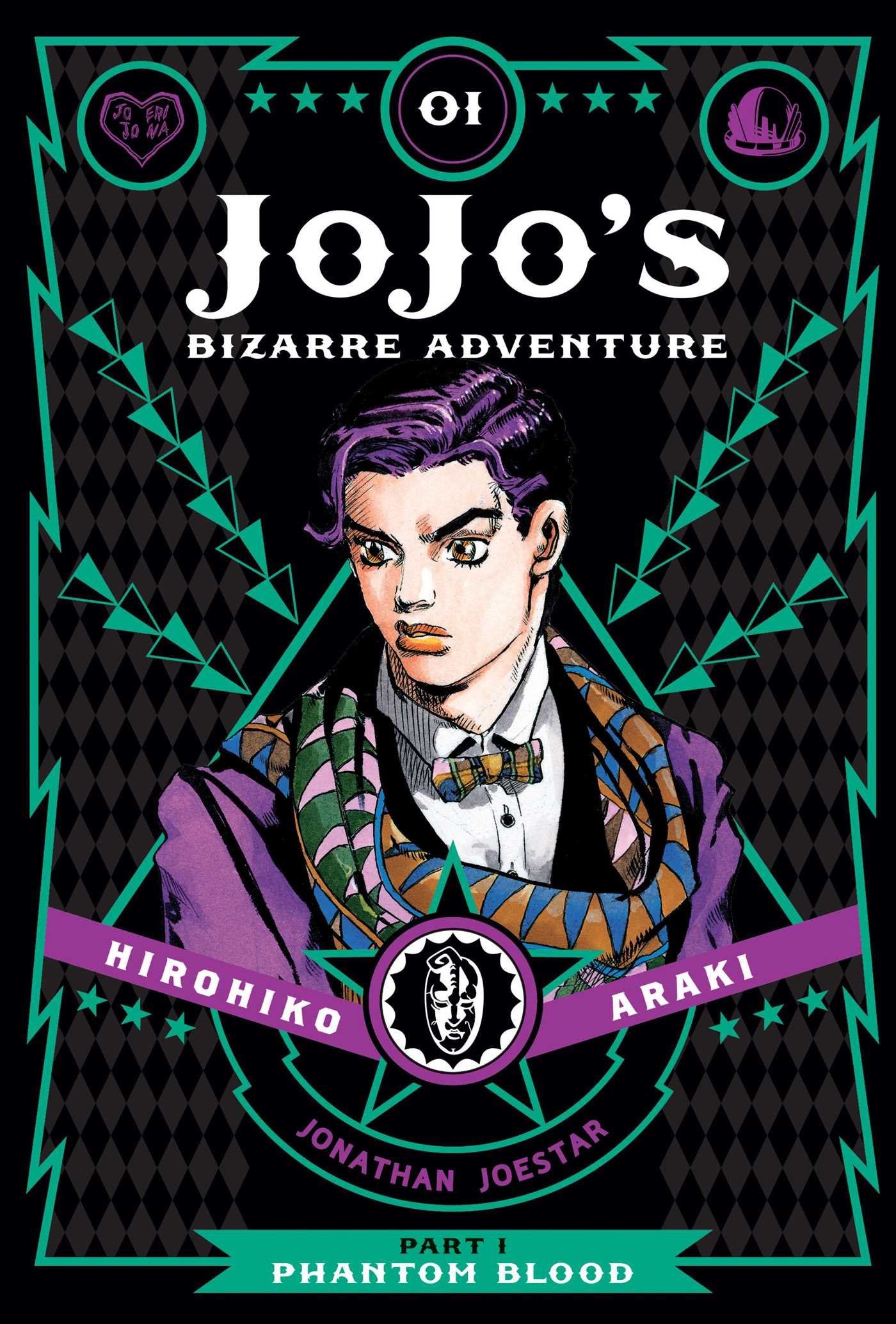 We truly live in a wonderful time. Thanks to the success of the JoJo’s Bizarre Adventure anime—particularly the currently-airing Stardust Crusaders, which just entered its Battle in Egypt arc—we now finally have access to the first leg of Hirohiko Araki’s manga in English. JoJo’s Bizarre Adventure – Part 1: Phantom Blood is coming to shelves in a nice hardcover that packs the first two Japanese volumes, including the original color pages, and both longtime fans and those new to the series are in for a treat.

Phantom Blood has all the trappings of a series trying to establish itself and find its footing. It sets up what will become a generations-spanning conflict between our hero’s family and the nefarious Dio Brando, and it takes its time doing so. Dio’s father Dario first encountered Jonathan Joestar’s father just as he was about to raid his crashed wagon. The attempt at thievery was cleverly disguised as a rescue, however, and the Joestars would eventually answer Dario’s dying request to look after his son Dio.

Unfortunately for the Joestar family, Dio’s true mission is to worm his way into the father’s good graces and steal his fortune, making young Jonathan Joestar’s life a living hell along the way. What starts out as a couple of boys squabbling and learning to get along with one another spirals into some truly sinister situations, all of which pushes Dio toward his status as a grand villain. This is further cemented by the presence of a stone mask that holds an ominous secret, and once it’s unlocked it will forever alter the course of Araki’s characters and the truly Bizarre Adventure itself.

Those who are more familiar with the globetrotting escapades of Stardust Crusaders might find Phantom Blood to be a bit slow, but we wouldn’t be where we are now without it. It’s not overloaded with action like most Shonen Jump series in their nascent stages, opting instead for story beats more in line with horror or the bubbling and gurgling tension of a thriller. I guess what I’m saying is someone really should have adapted this into a live-action film during the height of schlocky Italian cinema.

It’s really fun to watch Araki figure out his characters, from their more innocent and small-statured beginnings in the first volume to the beefed-up muscle men they become after a seven-year time skip. There’s a brief profile in the back in which Araki discusses the trouble he had coming up with the first Joestar, who was intentionally designed as a bland, passive character suited to play off Dio’s vicious, active scheming. He also acknowledges the cinematic era of “muscles”—Stallone and Schwarzenegger, specifically—that inspired the ripped physiques of the collection’s second half.

Araki is an excellent artist, even when he’s all over the place. It’s not nearly as prevalent during this stage, but you can see the start of his wildly-posed portraits here and there. Maybe it’s because we’re looking back at the start of series that’s nearly thirty years old, but Araki gets away with a lot of goofy stuff. Some of the proportion-twisting action would earn your average artist Mort of the Month status at best, but there’s something charming and necessary about it in JoJo‘s. It doesn’t matter if Jonathan’s fist is bigger than his head in one panel, or if his neck is a nest for a tiny steroid-sprouted bean head in another. It’s all so stylized and intense that it can get away with almost anything.

Even in the first volume JoJo’s Bizarre Adventure is, above all else, fun as hell. I’ve had the Japanese edition on my shelf for years now, but I’ve mostly just been staring at the artwork. That we now have the opening of what will hopefully be a successful English release for Phantom Blood is truly outstanding. It’s also truly outrageous, as only Hirohiko Araki can manage. Pick this up and then watch David Production’s anime again to see just how faithfully they adapted it.