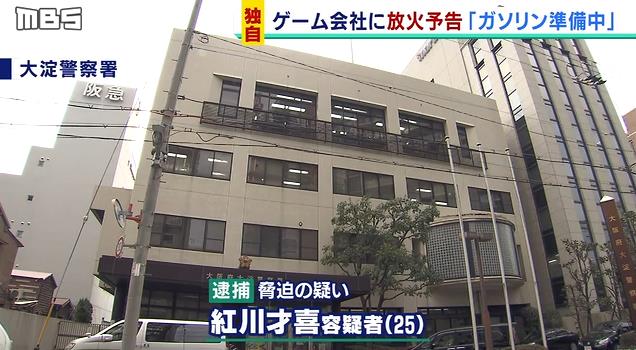 A 25-year-old man has been arrested for threatening to set fire to the offices of Visual Arts, a visual novel publisher based in Osaka.

His alleged plan shares details with the arson attack on Kyoto Animation July 18 which killed 35 of that studio’s employees.

In fact, Visual Arts has a deep connection with Kyoto Animation. KyoAni created anime versions of several visual novels published by the former company, including Air and Clannad.

The man who allegedly threaded the video game firm is a 25-year-old employee of a dispatching firm based in Fukuoka. The police report that the man threatened Visual Arts and its employees with “implications arson and murder” on the internet. He also wrote “I’m in the process of preparing gasoline” on Twitter. He has admitted to the allegations.

Visual Arts was established in 1991 as Visual Art Office. The firm publishes titles by game creators like Key, KineticNovel and Studio Mebius, and developed the Siglus engines on which many visual novels run.