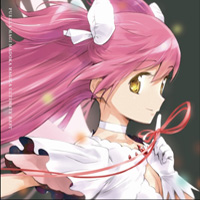 Puella Magi Madoka Magica turns six this year, and the latest piece in the series, Rebellion, came out back in 2013.

But the popularity of Madoka appears to be evergreen. An album of music from the series released August 9 sold enough copies in its first week to debut at #4 on the Japan’s Oricon album chart.

The album, which is called Puella Magi Madoka Magica Ultimate Best, contains 18 tracks from the series and films, including ClariS’s “Connect” and Kalafina’s “Luminous.” It sold approximately 14,000 copies in its first week.

The initial run of the CD also includes a bonus DVD with creditless opening and endings from the series and a “special movie.” Participating retailers also included a bonus B2 poster with purchase.

It seems Puella Magi Madoka Magica fandom is for life.