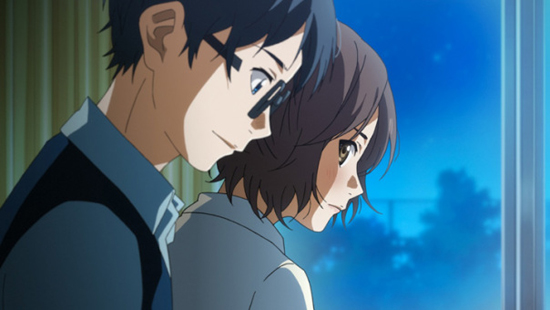 In the latest issue of Otaku USA, Ink waxes poetic about Your lie in April, the A-1 Pictures anime based on the original manga by Naoshi Arakawa. The story follows piano prodigy Kousei Arima, who no longer has the ability to play like he used to. Though he completely abandoned piano years ago—aside from using it to transcribe notes for karaoke—his life begins to shed its monotone skin when he meets a violinist named Kaori Miyazono.

As Ink points out, since Your lie in April is based on a shonen manga, it was bound to hit the music competition scene hard, but thankfully it doesn’t lose any of its heart in the process. In the feature we left off around episode 7, which is right at the beginning of the competition stage, and the passionate performances continue for a few more episodes after that. Music builds and swells, characters like Takeshi and Emi—connected to Kousei in one way or another, either as rivals or as those he has inspired—give it their all on stage. 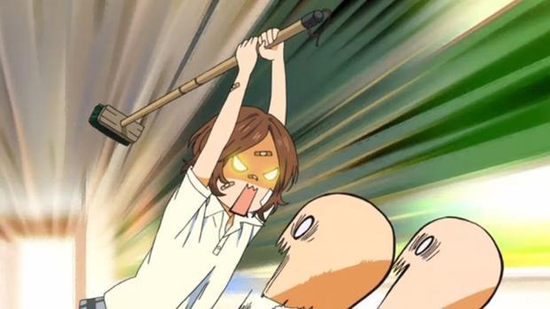 It ultimately builds to Kousei attempting to confront the ghosts of the past that once put an end to his piano playing. This comes to a head at the Towa musical gala, where Kousei is left to perform alone without Kaori. It’s all infused with just the right amount of drama, and while A-1 Pictures still walks the thin line between stylistic minimalism and blatant cost-cutting measures, Your lie in April is an attractive show that can be breathtakingly beautiful when it wants (or can afford) to be.

The last few episodes have Kaori back in the hospital, and Kousei finding it tough to keep up the visitations. There’s an air of melancholy throughout, but the show tends to pepper in comic relief before it gets too heavy. At the core of something like Your lie in April, characters are key, and they grow, change, get dumped, move on, and further bonds in a way that seems natural and mostly true to the age depicted. Even Kaori’s status as the “manic pixie dream girl” of the series is a fallible one. 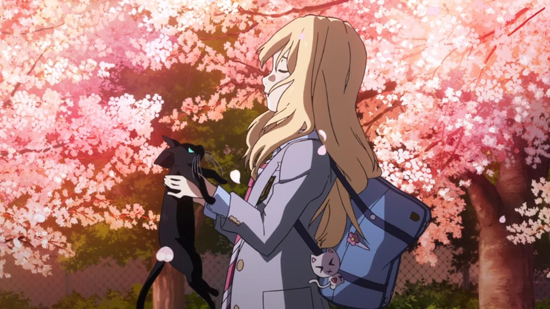 Your lie in April remains a charming show that director Kyōhei Ishiguro (episodes of Saki Episode of Side A and Fairy Tail) and the A-1 staff have done well to keep interesting on a weekly basis. There’s a dash of comedy, romance, drama, and heartbreak; and hey, if you just want to watch it as a shonen competition show, there’s plenty of “I swear I’ll catch up to you someday!” declarations to go around.