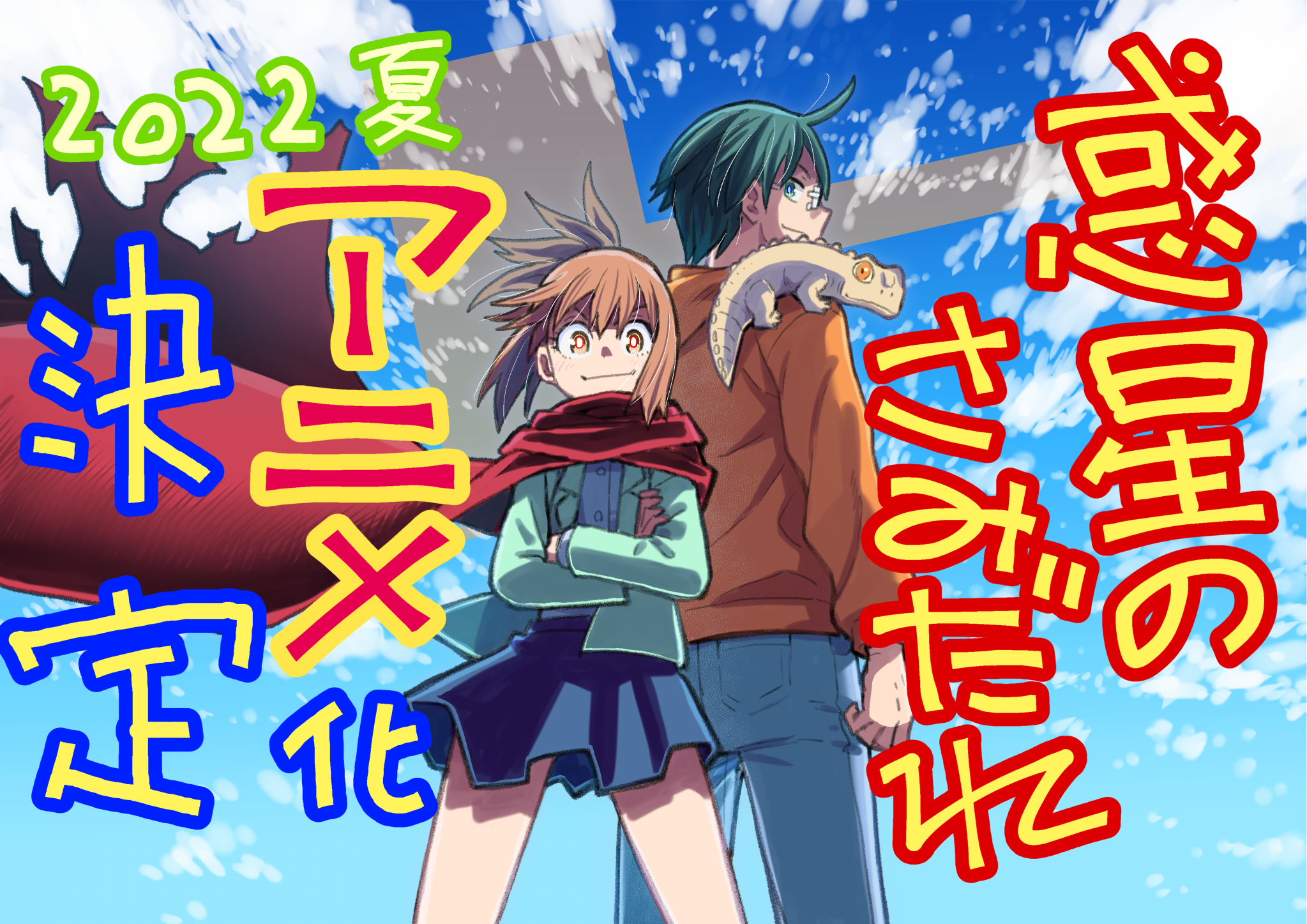 The anime adaptation of Lucifer and the Biscuit Hammer (Hoshi no Samidare in the original Japanese) is going to be debuting this July. The livestream that announced this additionally shared a new visual and told us more about the cast. 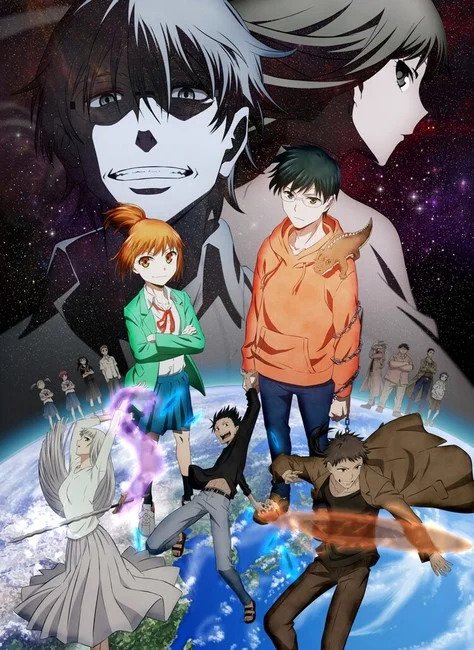 Credit for series composition goes to the manga’s creator, Satoshi Mizukami, as well as Yūichirō Momose. The manga began in 2005 and ran for five years. The anime adaptation is being directed by Nobuaki Nakanishi, who previously worked on Koihime Musō, Mahōjin Guru Guru, and Kasimasi – Girl Meets Girl.

Crunchyroll gave this description of the original manga:

“Asamiya Yuuhi was an ordinary college student… until the day a lizard showed up and asked him to help save the world. The next thing he knows, he’s been given a ring and special powers, plus an enemy stalking him. However, he’s saved in the nick of time by the Girl Next Door, Samidare, who’s planning… WHAT kinds of things?! This is an unconventional story that mixes ordinary life with the bizarre and supernatural!”

lucifer and the biscuit hammer 3 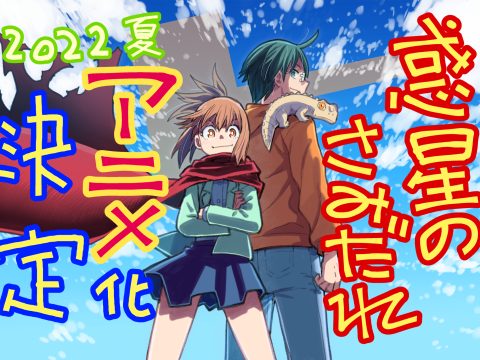 lucifer and the biscuit hammermanganews 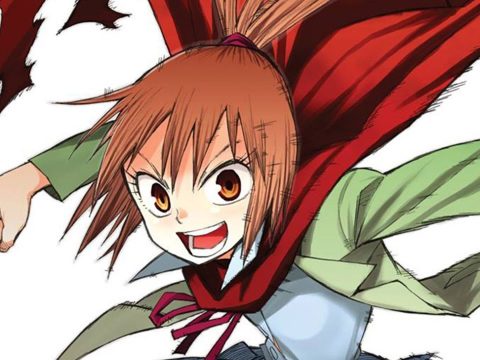