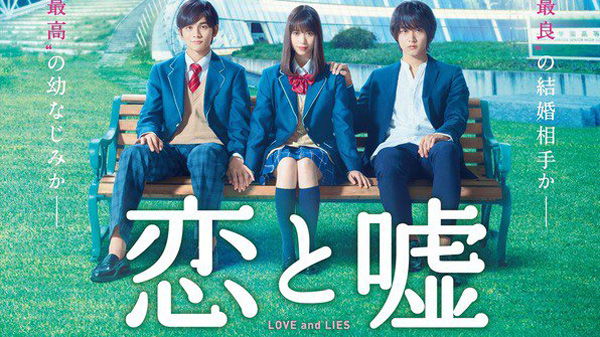 Love and Lies, the manga set in an authoritarian Japan where marriage partners are assigned by the government, is currently being adapted into anime form, and a live-action film is due out this October 14.

Now we’ve got the first poster and trailer for that film, plus some news on its soundtrack. No lie!

The manga and anime Love and Lies centers around Yukari Nejima, a 16-year-old high school student who’s in love with one girl – but has been assigned another.

The film version, however, flips that triangle on its head, with two guys and one girl, played by Takumi Kitamura, Kanta Sato and Aoi Morikawa, respectively. The characters were created especially for the film.

The film is directed by Takeshi Furusawa (Assassination Classroom) and written by Erika Yoshida (Tiger & Bunny).

Also revealed today was the fact that performer Shogo Sakamoto will sing the theme song for the film. Sakamoto’s first major-label album was released in May of this year.

The first volume of Love and Lies will be released in English August 22 by Kodansha. The anime is currently streaming on Amazon’s Anime Strike service. 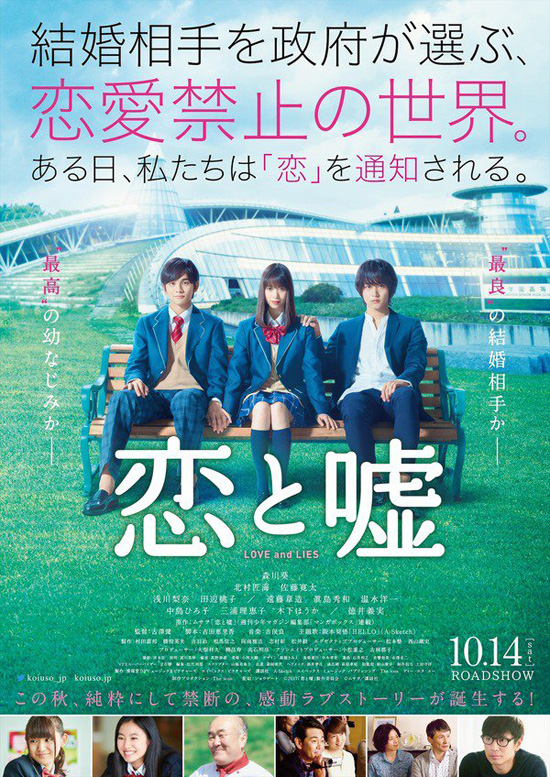