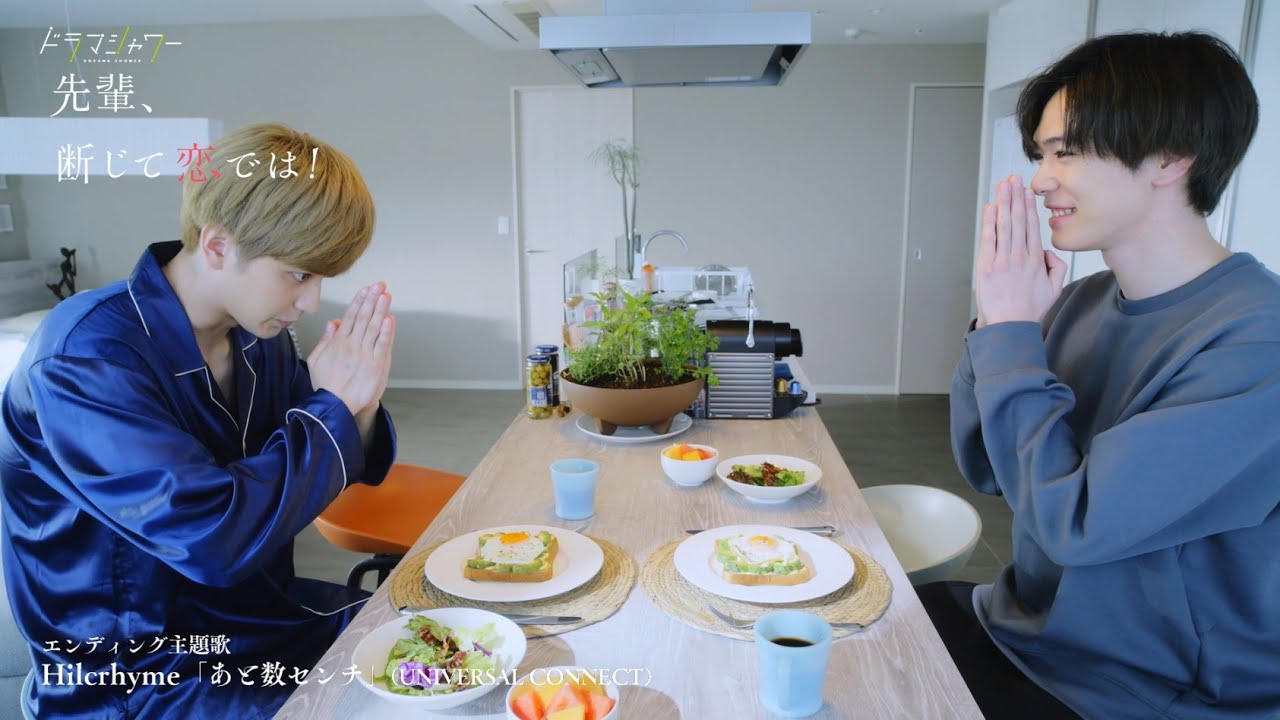 The boys’ love manga Sempai! Anything But Romance (Sempai! Danjite Koi de wa!) is getting a live-action series adaptation. The manga has not been licensed in America. Ahead of the June debut, a trailer has dropped for the series.

Besides being on Japanese TV, the series will also be available for streaming on bilibili, GagaOOLala, Viki and doramakorea.

The ending theme song will be called “Ato Sū Senchi” (translated as “Just A Few Centimeters More”) and performed by Hilcrhyme.

The story takes place in an animation studio. Yanase works as a CGI artist there and thinks he’s better than everyone else. But then he’s tasked with training budding animator Yūki, and now we have a BL story as the two draw close.

Harekawa is also the mangaka behind Everyone Stand Up! Boys Love Private High School and Zenin Kiritsu! Shiritsu BL Gakuen Koutou-Gakkou Tachibana × Mizuki hen, both of which have been licensed by futekiya.