Hopefully you’re ready for another peek at the upcoming live-action Attack on Titan film, because a second official trailer is here along with a new poster. The adaptation opens in Japan on August 8, and you can see the latest preview below. 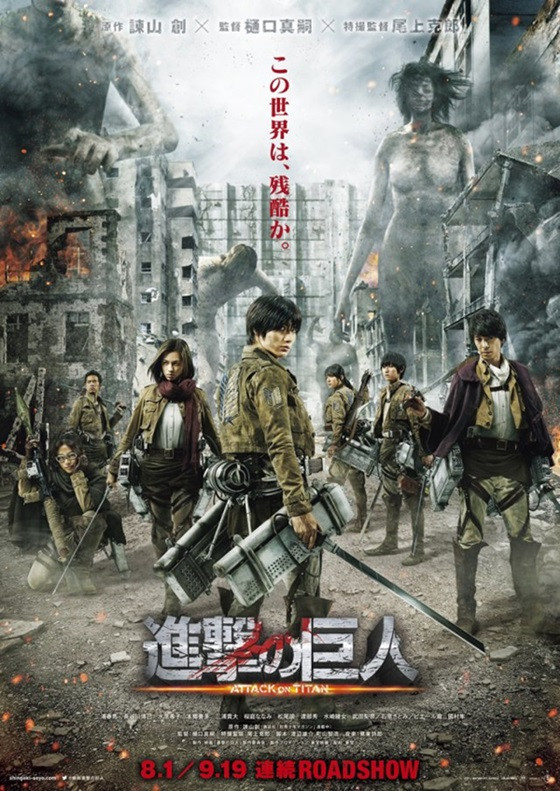 The second film has a title now, too. Attack on Titan: End of the World is set to premiere in Japan on September 19. Both are directed by SFX master Shinji Higuchi, who previously did the special effects for the ’90s Gamera trilogy and directed films such as The Sinking of Japan. His next project after Titan is the Japanese Godzilla film he’ll be co-directing with Evangelion‘s Hideaki Anno.