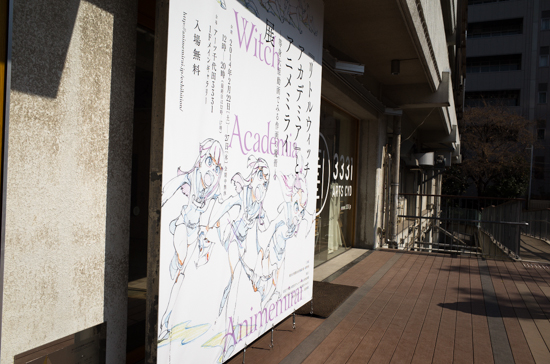 3331 Arts Chiyoda, a multi-purpose modern art museum close to Akihabara, Tokyo, has been the sight of a few anime-related exhibitions over the years, including a huge Katsuhiro Otomo retrospective back in 2012. Last week, it hosted a pretty amazing exhibition dedicated to two recent anime productions: Studio Trigger’s Little Witch Academia and Anime Mirai (Anime Future).

Studio Trigger is, of course, the team of Gainax ex-pats currently making waves with Kill la Kill. But just a scant year ago, Trigger had nothing to their name but some work on an episode of The Idolmaster and the hilarious but (intentionally) crudely animated Inferno Cop.

That all changed with the release of Little Witch Academia, a 25-minute original short film that showed Trigger had some serious chops. The rest is history: Trigger went on to create the thrill la thrilling Kill la Kill and cement their rep as “the new Gainax” and made great shows happily ever after (we hope). 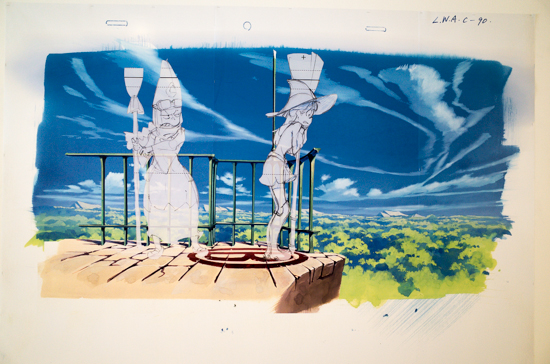 If you haven’t seen Little Witch Academia, you’ve probably at least heard the name in connection with Trigger’s Kickstart of the upcoming sequel, which grabbed a cool $625,000 (the original goal was $150,000). But the first film was funded by the Japanese government’s Agency for Cultural Affairs as part of a program called Anime Mirai, the other subject of the exhibition.

The Agency for Cultural Affairs, in conjunction with the anime labor union JAniCA, launched the project (originally called the Young Animator Training Project) with the goal of training the next generation of Japanese animators. Anime Mirai is the result of that funding: four shorts produced by various studios (who bid for the funds) that premiere once a year. 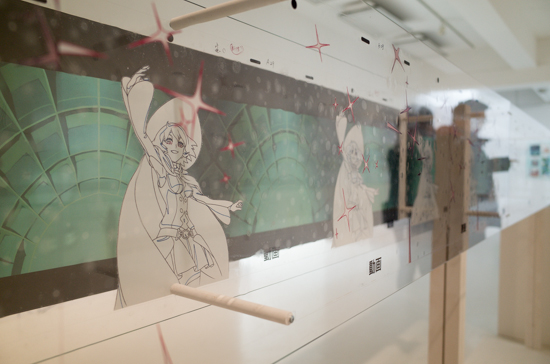 With the theme of “animator training” in mind, both the Little Witch Academia and Anime Mirai sections of last week’s exhibition were, at their cores, a step-by-step introduction to how anime is made – presented in the coolest way possible.

In front of you as you enter the space are a series of key frames from one shot (“cut” in the Japanese parlance) of Little Witch Academia, blown up to mega size and arranged three-dimensionally. It’s an extremely clever and eye-catching way to display how frames work together to give the illusion of movement.

The rest of the Little Witch Academia section of the exhibition is no less thrilling – fans who’re interesting in peeling back the curtain and seeing how this stuff is done could spend hours studying the key frames, in-betweens on backgrounds covering the walls. In other hall, the exhibitors rigged up two projectors playing two layers of the same cut, giving a real sense of depth. 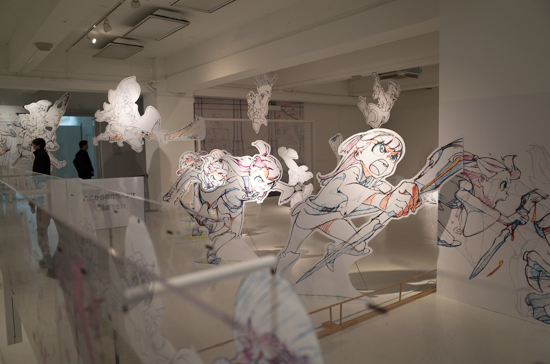 The Anime Mirai section of the exhibition displayed production art and posters from previous years’, as well as this year’s, shorts, which began theatrical release March 1st (stay tuned for our review!).

As anime professionals and fans alike worry about the exodus of talent from and poor working conditions in the industry, it’s heartening to see an exhibition like this, a reminder there are, at the very least, a few avenues young animators can use, whether government funding or Kickstarter, to continue to create animation. 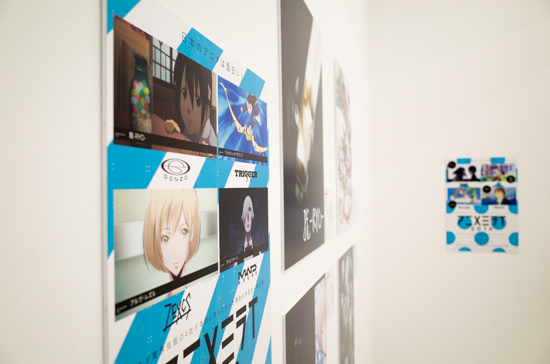 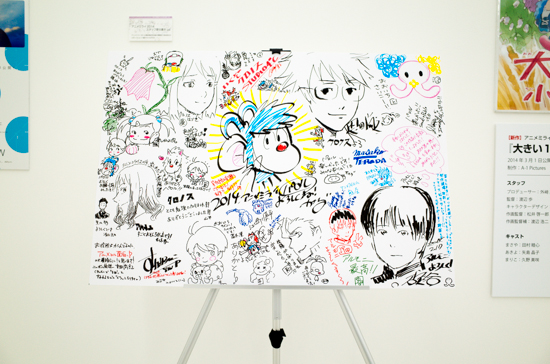 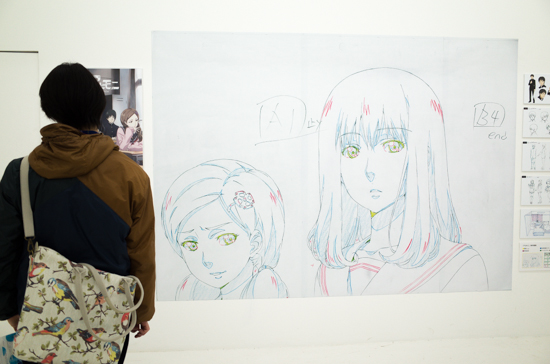 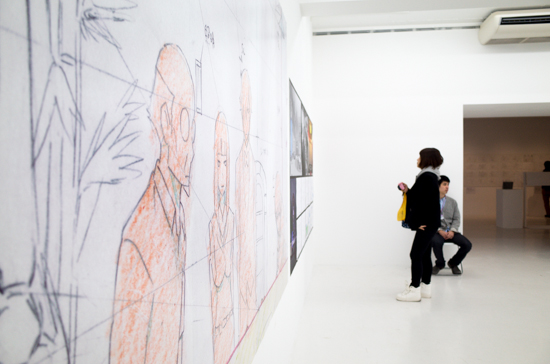 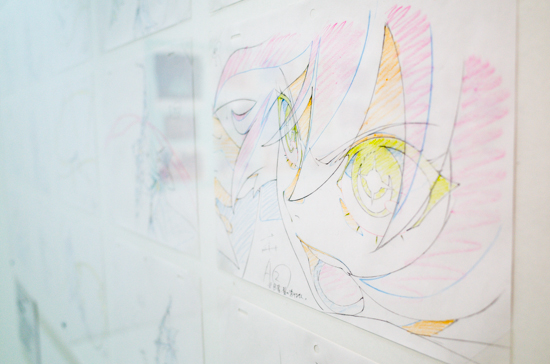 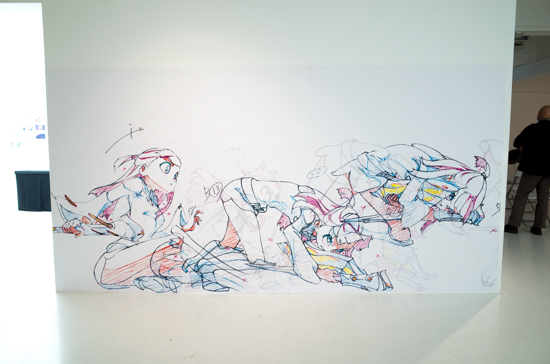