Little Witch Academia TV Anime is Next for Trigger 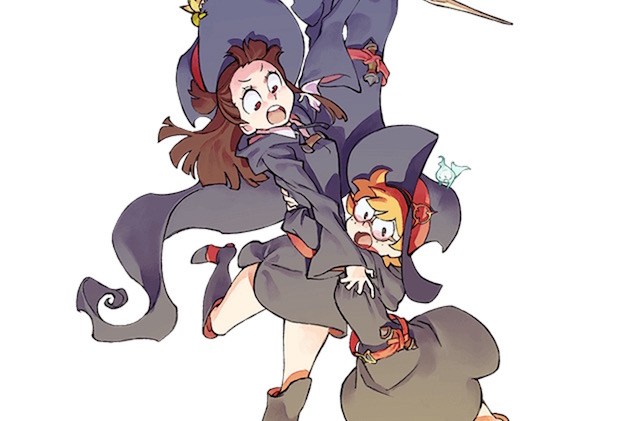 What started as a 2013 Anime Mirai short and went on to generate a crowd-funded sequel will now be getting its own TV anime. Yep, we’re talking about Little Witch Academia, which is the next series in the works at anime studio Trigger.

As Trigger’s Space Patrol Luluco came to a close, the baton was passed to Little Witch Academia via high five. The official website then confirmed plans for a TV anime, and Trigger’s Masahiko Otsuka tweeted that Yoh Yoshinari will be back in the director’s chair for a series of 30-minute episodes. 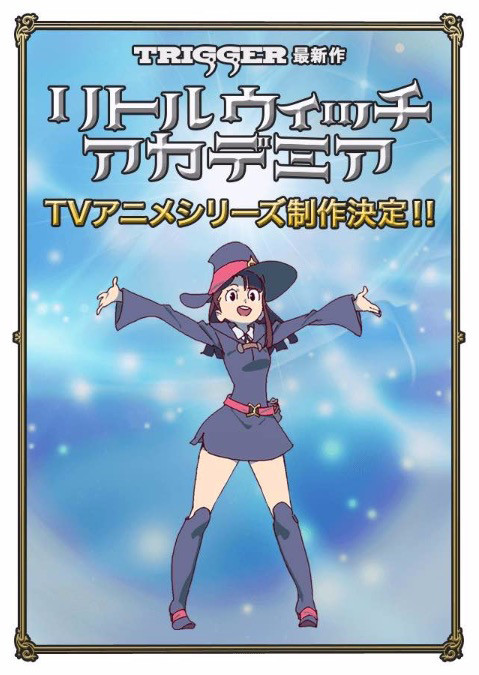 More details will be announced later. In the meantime, here’s a snap of the baton passing: