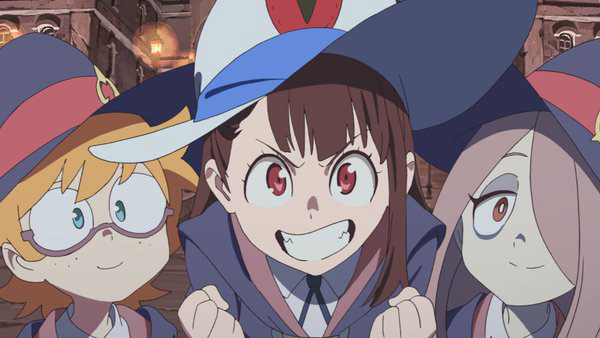 Back in June, Trigger announced that none other than Little Witch Academia, the franchise that began as a government-sponsored short and evolved into a crowd-funded film, would be getting its own TV series.

Now the series’ premiere has been set, and we’ve got some details about the cast and crew!

Little Witch Academia will hit screens in January 2017, and, as previously announced, will be directed by Trigger’s Yoh Yoshinari, who’s helmed all of Academia up to now.

Series composition will be handled by Michiru Shimada, who wrote Little Witch Academia: The Enchanted Parade.

The cast is also unchanged, with Megumi Han as Akko, Fumiko Orikasa as Lotte Yanson, Michiyo Murase as Sucy Manbavaran, and Yoko Hikasa as Diana Cavendish.

It was announced at this year’s Anime Expo that Netflix will stream the series. Considering the streaming giant’s penchant for releasing entire series at a time, Stateside viewers may have to wait for a few months to get any Academia action.