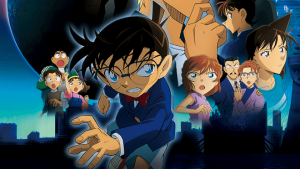 We previously posted about the impressive numbers the latest Detective Conan anime film, Zero the Enforcer, has been putting up in the Japanese box office since its debut. Not only did it outperform the Japanese premiere of Avengers: Infinity War, it has since risen to the top of the list of previous Conan features with a mighty total of 7.2 billion yen since its April 13 opening.

Here’s a rundown of the top 10 highest-grossing Detective Conan films, via Crunchyroll, along with their respective film numbers and years:

This past weekend’s box office put Detective Conan: Zero the Enforcer atop newcomers like Peter Rabbit and Rampage, once again hitting the number one spot.