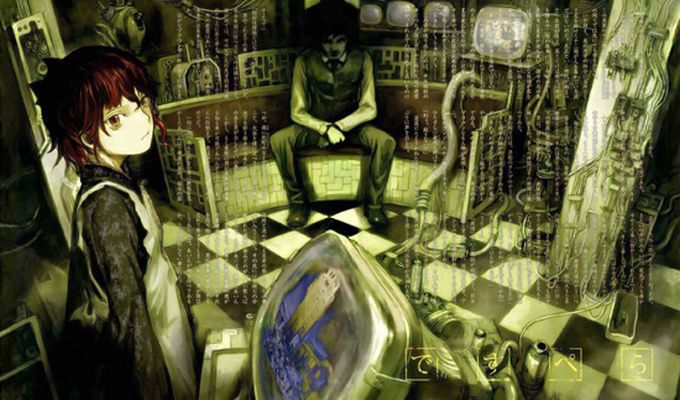 Once upon a time, three of anime’s most interesting creators got together and made a little anime called Serial Experiments Lain, which was lauded for its dark, atmospheric cyberpunk vision.

Those three men, character designer Yoshitoshi ABe, screenwriter Chiaki J. Konaka and director Ryutaro Nakamura, had planned to get the band back together for a “spiritual sequel” to Lain called Despera in 2009, but those plans were put on hold with the untimely passing of Nakamura in 2013.

In 2015, ABe had announced the project was back on with another director, but we haven’t heard much since then.

Until today, that is.

Konaka tweeted a photo of himself with ABe March 21 with the text (in English, no less):

I don’t tell you lie, here.
OK, we talked each other today.
There is no good sign, but we’ll spend our effort for making Despera.

I don't tell you lie, here.
OK, we talked each other today.
There is no good sign, but we'll spend our effort for making Despera. pic.twitter.com/KB0UXohv9f

Konaka made a series of subsequent tweets which read:

Thank you for worrying about Despera.
In the case of Despera, it is not simply a matter of funds, but now it is in chaos of animation business in Japan.
The old business model has collapsed, and the route to make independent planning as a commercial work has disappeared.

That is a problem.
But well, I will do something.
Remember The Big-O project had spend years and years to the project has been established.

It doesn’t sound as if there’s anything imminent on the horizon, but with the principal creators still interested in the project, and the number of alternative funding channels available these days, anything is possible.