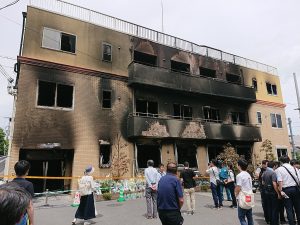 In June it was announced that Shinji Aoba, the arrested suspect of the Kyoto Animation arson, would undergo psychiatric examinations to see if he is mentally competent enough to go to trial. Japanese prosecutors have announced they’re officially indicting Aoba, which indicates he must have been found mentally competent.

According to The Mainichi, Aoba has been kept in confinement and thoroughly studied by experts. His attack on KyoAni marks one of the worst mass murders ever in Japan. He’s confessed to the charges, insisting (without any evidence) that the anime company stole his novel and remarked that, “I thought I could kill many people by using gasoline.”

The Mainichi did not say when the trial would start.