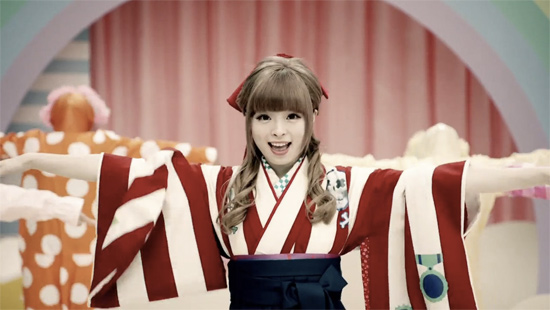 On the final eve of her first arena tour, Kyary Pamyu Pamyu spent a few moments telling the audience what’s been on her mind lately.

“Lately a lot of bad things have been happening to me. The entertainment industry is really difficult. Just going outside and walking around, I hear people say things about my private life… I feel like it’s a dirty industry. I thought about quitting,” said Kyary.

It came to light last year that Kyary is dating Sekai no Owari vocalist Satoshi Fukase. Since then, there have been rumors popping up on the net about infidelity and other scandals.

In the end, Kyary decided to continue, stating “I want to continue to create this world of lovely fantasy.”

Though several English-language pages are reporting Kyary announced a hiatus, we can find no Japanese-language source reporting such information.