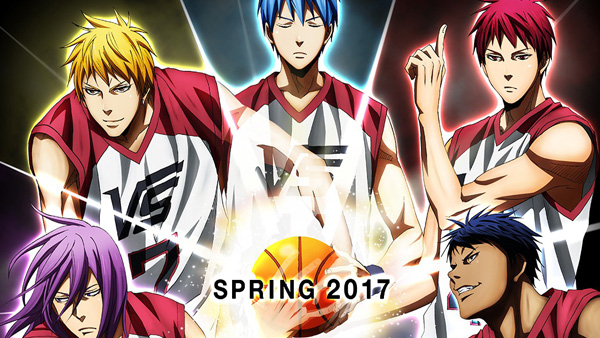 Season three of Kuroko’s Basketball finished airing over a year ago, meaning it’s been a while since we’ve seen Kuroko and friends play any ball.

That’s set to change in spring 2017, though, with the original film Kuroko’s Basketball: Last Game.

Now we’ve got our first peek at Last Game with a newly-revealed teaser visual.

Last Game is based on the manga Extra Game, written by Kuroko’s creator Tadatoshi Fujimaki, which was serialized from December 2014 to March 2016. In addition, Fujimaki, who’s credited as chief supervisor, seems to have written some original material for the film, so even those familiar with Extra Game will have some new hoopin’ to look forward to.

Like the manga, the film concerns a basketball bout with a touring American team called Jabberwock and their relentless mocking of Japanese basketball. Those darn Americans and their lack of sportsmanship!

The cast and crew of Last Game are largely unchanged from the TV series.

To warm up for the release of Last Game, three compilation films that cover the TV series’ material will be released in Japan. The first of these films opened yesterday.

Looking forward to some theatre-grade hoop in 2017! 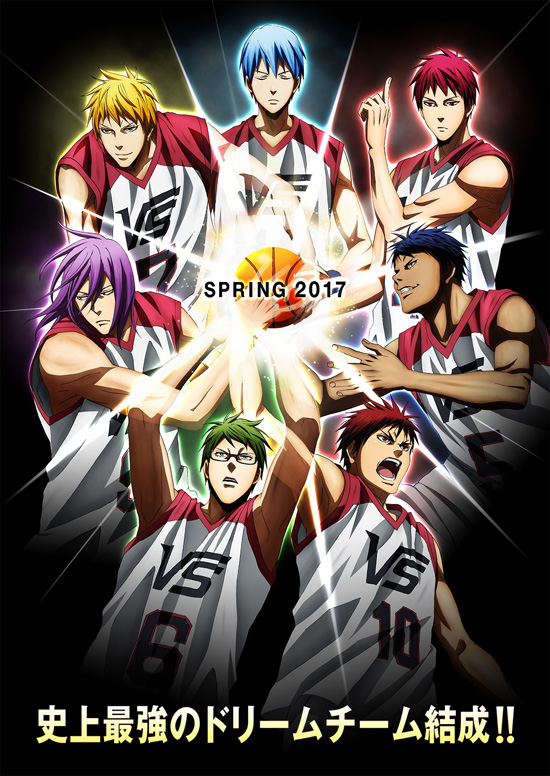