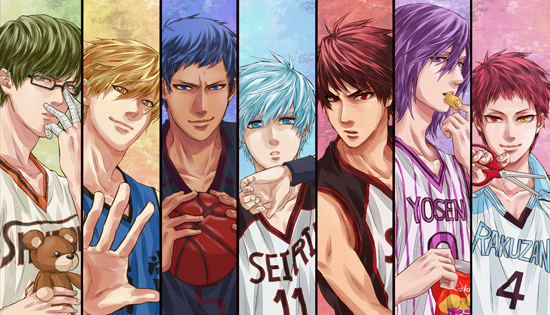 An animated Kuroko’s Basketball film is in the works.

That’s the word from the official Kuroko’s website, following an event on Sunday in which several of the voice actors from the series appeared.

Following the event, the site was updated, letting fans know that a film is currently in production.

The announcement didn’t elaborate further or a release date or story details, but some speculate it may be an adaptation of the Kuroko’s Basketball: EXTRA GAME sequel manga.

The event, called Kurobas Cup 2015, featured OLDCODEX and Kuroko’s voice actors singing songs from the series and a voice acting performance which told “an untold story performed with still images.”

We’ll have more information about the film as it becomes available. For now, Kuroko’s fans, keep dribbling.

View all posts by Matt Schley
Wake Up, Girls! Director to Aspiring Animators: “Don’t Do It”
Attack on Titan: End of the World (Live-Action Part 2) Review