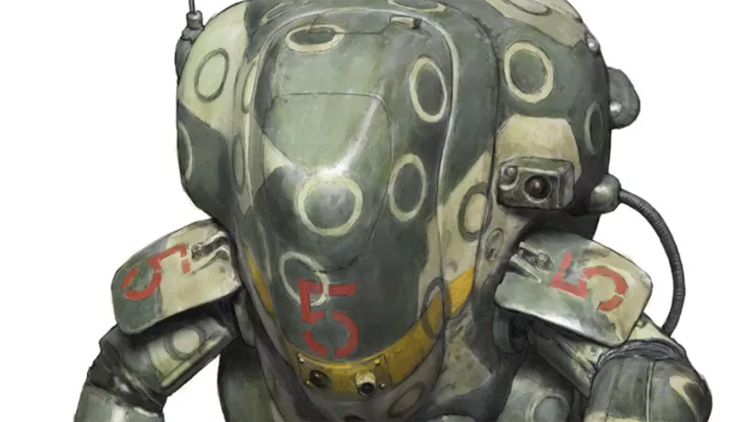 Move over, Akira—an Hollywood adaptation of a far more obscure (though no less 80s) Japanese property is on the way.

Producers Roy Lee (It) and Scott Bernstein have teamed up to bring Kow Yokoyama’s mecha series Ma.K to the big screen.

Even if you’ve never heard of Ma.K (full name: Maschinen Krieger ZbV 3000), you’ve probably seen images of it, or one of the many mecha designs it went on influence. Simply put, Ma.K is a series of custom mecha model kits created by Kow Yokoyama featured in the magazine Hobby Japan.

The magazine’s features about the kits, which came in at a time when cartoony giant robots were out and gritty, “realistic” mecha were in, eventually spawned an entire canon, with backstories, manga and even a short, strange live-action film.

The story is set in the far future, when humans return to earth after years in space and begin to battle over resources—using mecha, natch. As Zimmerit’s Sean O’Mara writes, though, Ma.K was always less about the story and more about the designs, which will give the Hollywood team a lot of leeway when adapting the property.

Kevin Munroe (TMNT), who will executive produce the Ma.K film, called Yokoyama “a world creator in the truest since,” saying the Hollywood adaptation will give global audiences a chance to “experience this epic and rich sci-fi property.”

This is a license that kind of came out of nowhere—but between this and Pacific Rim 2, it’s possible we’re seeing the beginning of a new wave of mecha enthusiasm here in the west.