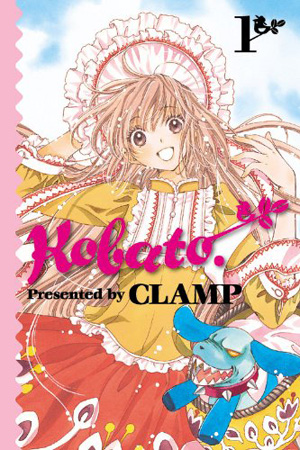 Kobato wants to help everyone be happy, and she’s not content donating to charity.

She has to go through various trials in order to get a special bottle that she can fill up with wounded hearts. (Not literally, mind you.) Basically, as she helps heal people, the bottle will fill up with what is symbolic of human hearts.

But, first, she needs to get that bottle. Her trial consists of her having to live in everyday life. This is harder than one might think, because Kobato is kind of dense in the head. She’s sweet, all right, but there’s no denying she’s a ditz. For her “help” she gets directions from a talking dog that tries to pass itself off as a stuffed animal. But don’t think this dog offers much moral support; he’s always yelling at Kobato and calling her names. This is supposed to be done for humor, but mostly it’s just mean.

Once Kobato completes her trials and gets the bottle, she walks around soliciting people for healing, but instead gets the attention of a creepy man who thinks she’s selling something else. (And this is part of why Kobato is not aimed at children, despite the cute cover.) Kobato also sets herself up in a box with a sign that says, “Please let me heal you.” That doesn’t work, either. Eventually she gets work as an assistant at a kindergarten, and it’s here where things really start happening. The kindergarten is in debt trouble and loan sharks are harassing them. Though she’s pretty clueless about money, Kobato vows to help. She also treats the people there kindly and this seems to make a difference. 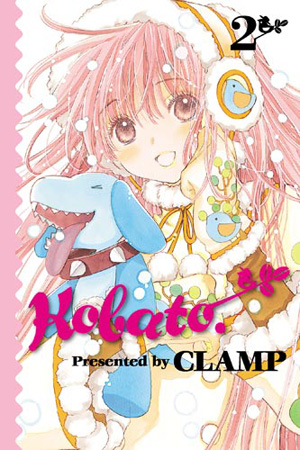 Kobato comes from the very well-known mangaka group, CLAMP. Because of the name behind it, this series is bound to catch fans’ attention. It’s fast-paced and easily readable, though I would like it if some things got explained later on. For instance, what is up with that dog and why is Kobato listening to him in the first place? Sometimes Kobato herself is quite funny, especially in her innocence or misunderstanding. I didn’t find so much humor in the dog, though I’ve seen this kind of abuse-as-humor in manga and anime before. It’s not something I really get.

Still, I enjoyed these first two volumes of Kobato. It’s quirky and sweet, and I’m curious to see how it turns out.