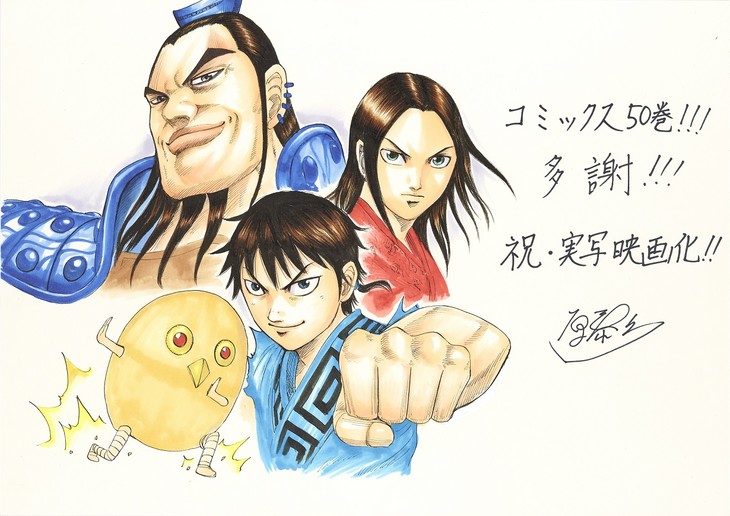 Kingdom, the popular manga that takes places in China’s Warring States period, will be adapted into a live-action film, it was announced today.

The manga is written and illustrated by Yasuhisa Hara, who, according to today’s report, participated in script meetings for the film. Hara commented:

“I totally approve of the script! The budget is also extraordinary! The cast is great too! It will definitely be entertaining!”

Kingdom, which will soon be hitting its 50th volume, has been running in Weekly Young Jump since 2006. Between 2012 and 2014, it was adapted into a 77-episode anime series.

The manga has actually been adapted into live-action once before, in a promotional short released in 2016.

Here’s how Funimation, who released the Kingdom anime, describe the series:

Shin and Hyou are war-orphans in the kingdom of Qin. They dream of proving themselves on the battlefield until the day Hyou is captured by a minister. The boy manages to escape and return to his village, but he is badly injured. Shin then meets a mysterious youth who bears an eerie resemblance to Hyou – a boy who will one day become emperor!