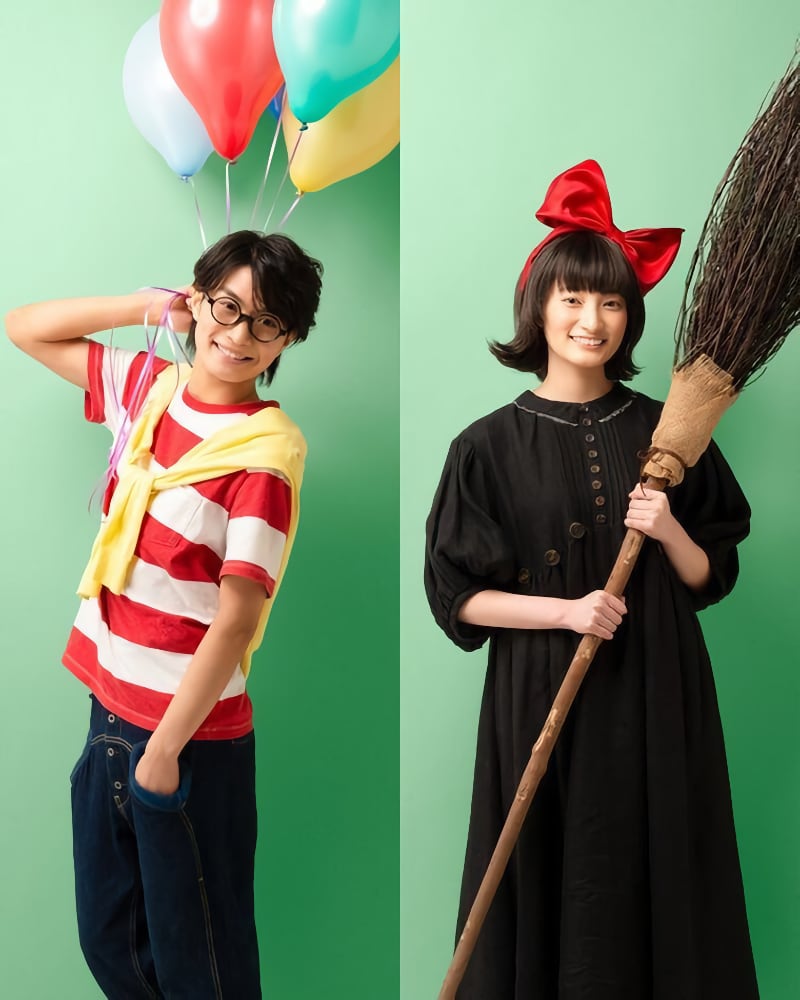 Most people know Kiki’s Delivery Service through the film by Hayao Miyazaki. But did you know that film is based on series of novels by Eiko Kadono?

That series has had other adaptations, too, like a live-action film. Now it’s coming to the stage!

The musical will run in Tokyo, Nagoya and Osaka this spring, with the following dates (presuming the third wave of Covid-19 settles down, we assume!):

Tombo is played by Yuto Nasu (left), with Neo Inoue as Kiki.

Half-witch Kiki never runs from a challenge. So when her thirteenth birthday arrives, she’s eager to follow a witch’s tradition: choose a new town to call home for one year.

Brimming with confidence, Kiki flies to the seaside village of Koriko and expects that her powers will easily bring happiness to the townspeople. But gaining the trust of the locals is trickier than she expected. With her faithful, wise-cracking black cat, Jiji, by her side, Kiki forges new friendships and builds her inner strength, ultimately realizing that magic can be found in even the most ordinary places.