Keep Your Eye On These Five Directors, Says Nikkei Entertainment 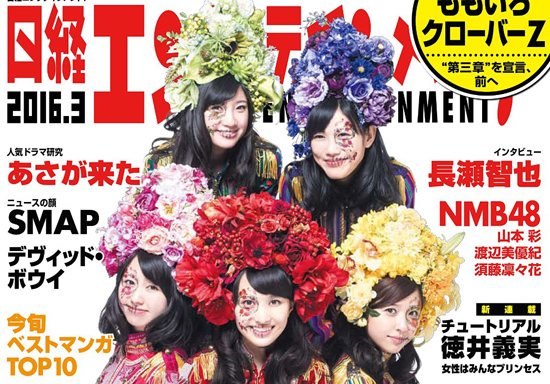 Nikkei Entertainment, a pop culture magazine published by the Japanese media giant of the same name, has an anime-centric issue out this month, and it’s highlighted five anime directors fans might want to keep their eyes on.

In no specific order, Nikkei Entertainment says to look out for:

Naoyoshi Shiotani. The director of Psycho-Pass seasons one and two and the movie, as well as the film Blood-C: The Last Dark. Nikkei says he possesses a “stylish and unique worldview.”

Shūhei Morita. CG anime pioneer and director of the Katsuhiro Otomo-produced projects Freedom and Possessions, which was nominated for an Academy Award. Recently he directed both seasons of Tokyo Ghoul.

Tsutomu Mizushima. Most recently the director of Prison School, Mizushima was also the man behind Girls und Panzer and Shirobako, the anime about anime whose dimwit Taro Takanashi was based on a young version of Mizushima himself. Definitely not a dimwit now, Mizushima is currently working on a new series called Mayoiga with writer Mari Okada.

Tatsuyuki Nagai. The director of The Anthem of the Heart, not to mention anohana, A Certain Scientific Railgun S and the currently-airing Mobile Suit Gundam: Iron-Blooded Orphans, which reunites him with anohana/Anthem writer… Mari Okada.

By the way, is it just us, or does Mari Okada basically write every anime ever?