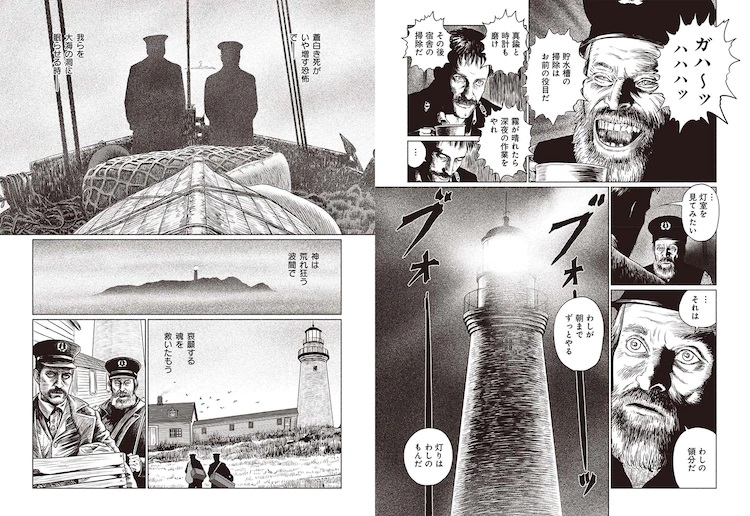 The Witch director Robert Eggers got gloriously weird with 2019’s The Lighthouse, and now the film is teaming up with Junji Ito for a special short manga. Starring Willem DaFoe and Robert Pattinson, the film is getting ready to open in Japan this July, and Ito’s manga weaves a brief synopsis in the style only the horror master can muster.

You can see a couple preview pages above—which showcase how Ito aimed to reproduce the use of light and shadow in the film—and check out the Japanese poster below. 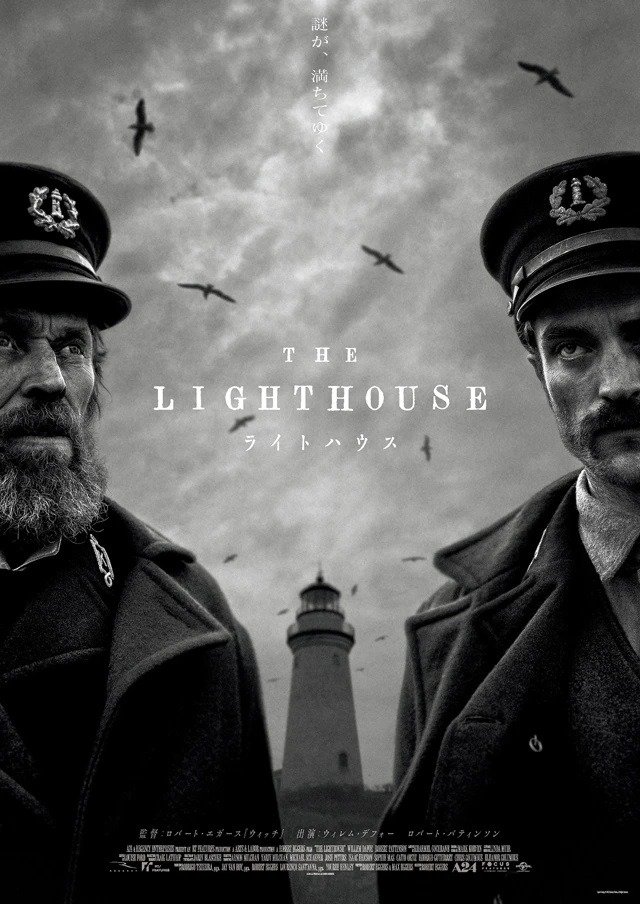 A24 distributes The Lighthouse and sums up the story:

From Robert Eggers, the visionary filmmaker behind modern horror masterpiece The Witch, comes this hypnotic and hallucinatory tale of two lighthouse keepers on a remote and mysterious New England island in the 1890s.