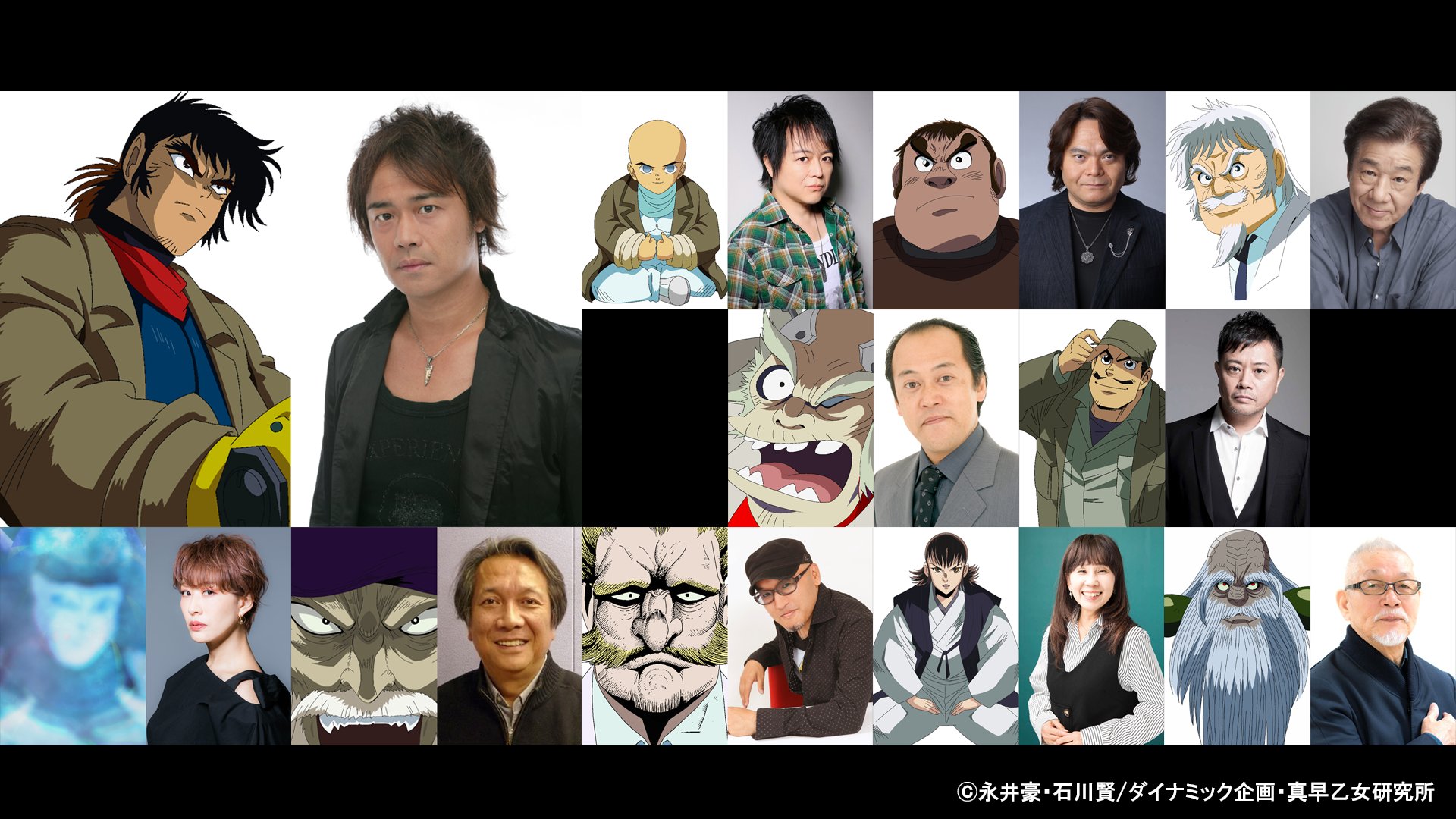 When the Getter Robo Arc anime premieres, it’ll have some classic voice cast members along for the ride. The official website revealed more this week, including confirmation that 51-year-old Hideo Ishikawa is back to voice Ryoma Nagare, one of the original Getter Robo protagonists.

It has been 17 years since Ishikawa last voiced Ryoma Nagare in 2004’s New Getter Robo, but he’s frequently called in to play the character in the Super Robot Wars games. Here’s what he had to say about it:

“It’s been 17 years since ‘New Getter Robo,’ and I was surprised to see a new story of Getter on TV in the age of Reiwa. The first Getter was in the Showa era, the three shows after ‘Armageddon’ were in the Heisei era, and ‘Arc’ is in the Reiwa era. So the world of Getter has been connected for three generations. Once again, I think it is a great series. This is the fourth time for me to play Ryoma’s character voice. I want to watch over the activities of his son Takuma, who has inherited the fate of the Getter, and the passionate battles of the new Getter team, together with all the fans.”

The Getter Robo Arc anime premieres in Japan on July 4. Here’s an overview of the cast: