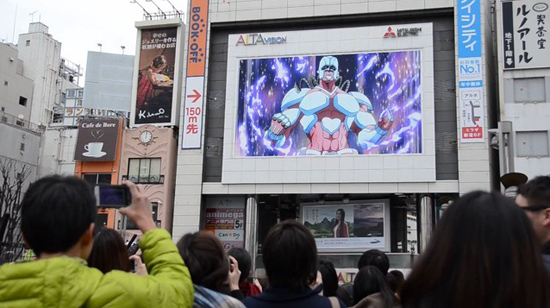 The videos debuted on large screens outside major train stations across the country, causing impromptu meetups for JoJo’s fans wanting to get an early look at the new series.

Thankfully, some of those fans had cameras in hand, so we too can get a looksee at the new season of JoJo’s, which adapts the manga’s fourth part, entitled Diamond is Unbreakable. The arc centers around Josuke Higashikata and his stand Crazy Diamond.

Diamond is Unbreakable will premiere April 1, and Viz will stream the series in America.