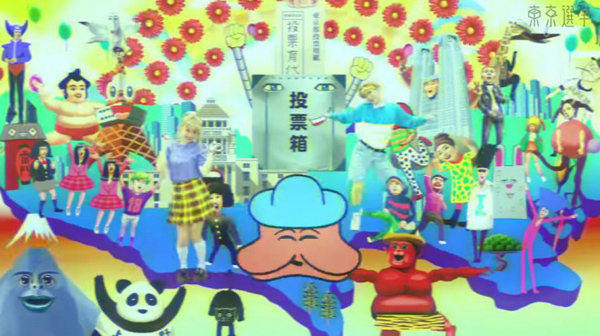 Did you know? The age when you become a legal adult in Japan is 20. It’s a pretty magical year for Japanese youth, who get to go to a fancy coming-of-age ceremony, buy alcohol and cigarettes, and become an official member of society. Wow!

It used to be that 20 was also the age at which you could first vote in elections, but as of this year, the national voting age has been lowered to 18. To let all those lucky 18-year-olds know about their fancy new voting rights, the Tokyo metropolitan government has put together a PSA that is very, for lack of a better word, Japanese.

The ad features a starfish-looking mascot named Tokyo-to-kun who basically just repeats “you can now vote at 18!” over and over while some seriously trippy imagery flashes by on-screen. It’s not yet clear whether this will actually encourage anyone not on LSD to go to the voting booth, but at least it’s more interesting than your average PSA.