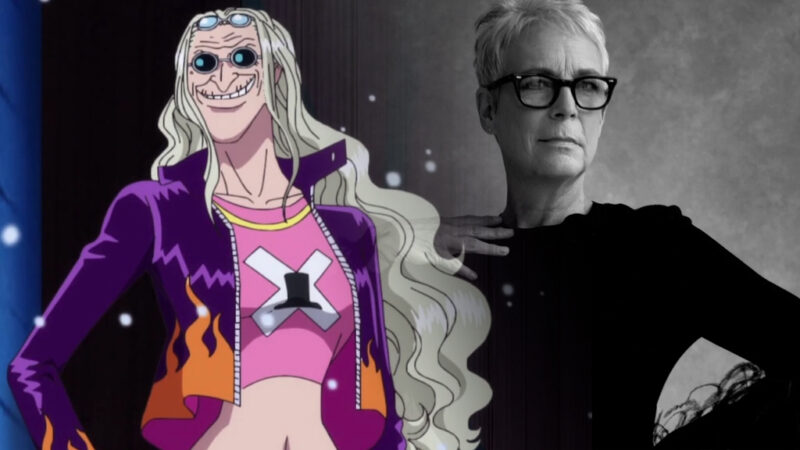 No anime were nominated at Sunday’s Oscars, and the slap heard ’round the world may have taken over the conversation, but in the midst of this there was some anime talk. While on the red carpet, actress Jamie Lee Curtis expressed her interest in being in the live-action adaptation of One Piece.

“My favorite character is Tony Tony Chopper,” Curtis said to Emily Uribe and Juju Green, who were interviewing her. “And my friend Brina Palencia does the voice of Tony Tony Chopper in the American dub.”

“I remember you specifically saying who you would like to play,” said Green. The character in question is Nico Robin. At San Diego Comic-Con 2016, Curtis had revealed that if she could be any character on TV, she’d pick Nico Robin.

“Maybe I can be Kureha,” she said. “She wears those really low bellbottoms. She’s looking a little nasty. But she has the long, kind of stringly gray hair. My [daughter] Ruby said that that would be what I would play.”

Curtis’ daughter is Ruby Guest, and Guest is previously on the record for saying, “My mom loves Kureha. I would be 100% for it and I honestly, since Netflix is doing the live-action adaptation, I would highly recommend her to pull some strings to see if she can. […] I know my mom is 100% for it.”

Curtis has also expressed her appreciation of anime, and especially One Piece. She is the winner of two Golden Globe Awards and has been in everything from Halloween to A Fish Called Wanda to Knives Out. Will One Piece be in her future?

The Legend of Zelda: Breath of the Wild 2 Delayed to Spring 2023
Jujutsu Kaisen Manga Will Soon Have 65 Million Copies in Circulation