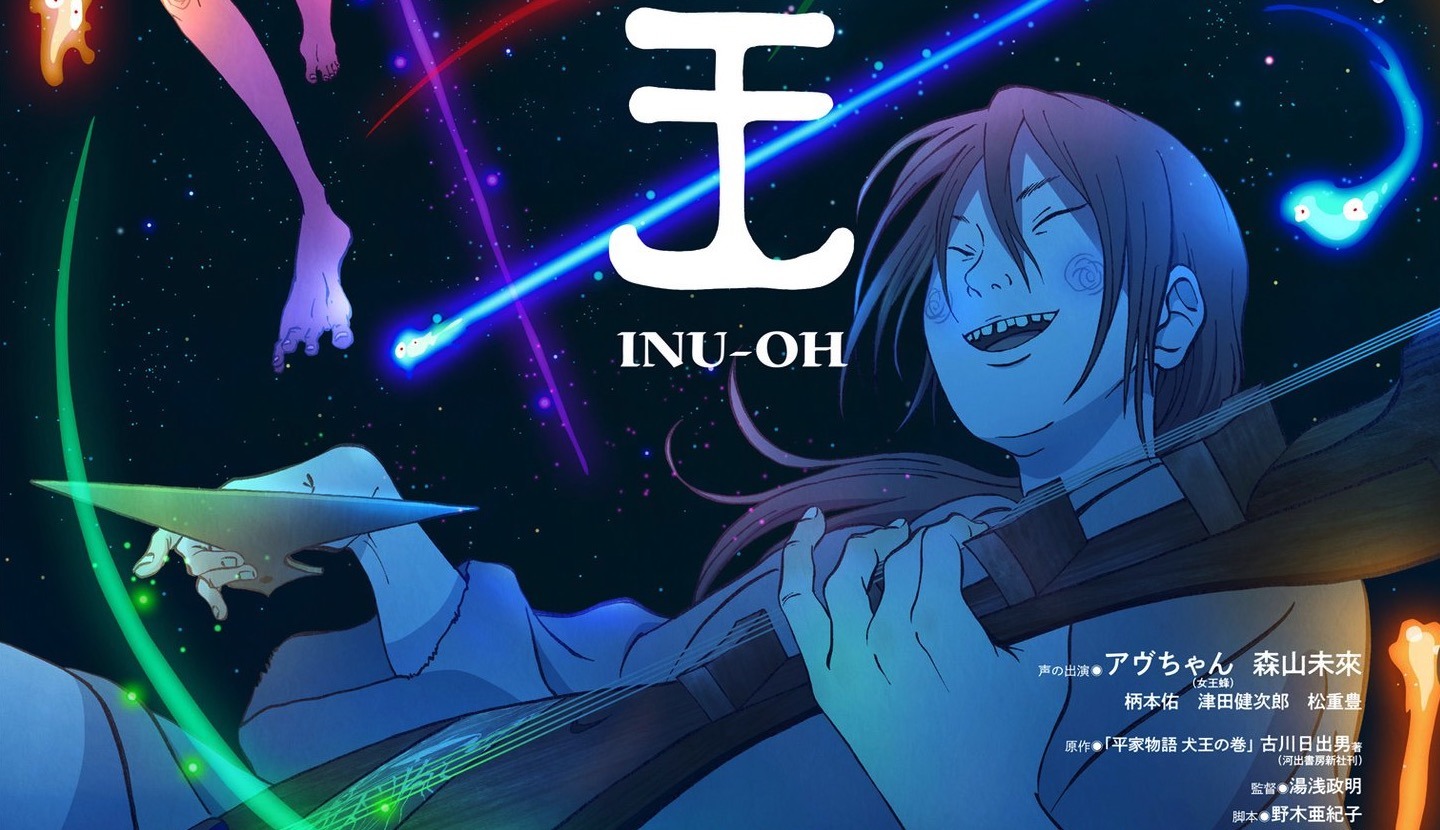 Tomona is a blind biwa priest who is haunted by the ghost of his dead father. And this isn’t the most unusual thing in the movie. Inu-Oh is musical surrealism, with trippy imagery set with memorable songs.

Tomona’s life changes when he meets the titular Inu-Oh, though that isn’t Inu-Oh’s name at the time. Instead, the other boy says he was nameless. He’s deformed, with a gigantic right arm, and he keeps his face covered by a mask.

But the two of them make a good team. When Tomona plays his biwa and sings, Inu-Oh is able to dance to it. The more he dances, the more his body shape changes, until he’s just wearing a mask to cover the mystery of his face.

The two become something of rock stars, but with great success comes jealous, greedy and cruel people. They have to watch out when someone tries to sabotage them.

The movie takes place hundreds of years ago in Japan, and it mixes both old and modern sensibilities. You hear the old, traditional Japanese instruments being played, but there are also times when rock music seeps in. The period piece costumes are amazing in their grace and detail, and the animation is astonishing. There are scenes, like one with clouds moving across the moon, or of water reflecting dusk, that look as if they could be real.

What stands out most in Inu-Oh, though, is its dreamlike nature. This is surrealism put in anime, and it can be interpreted different ways. The artwork matches the boundless imagination of director Masaaki Yuasa to really make it come alive. It’s not always clear what’s going on, but the artwork is constantly stunning.

The music, with its mix of old and modern, also goes well with the story. Inu-Oh isn’t your typical movie formula. It likes being weird and different, which won’t be for everyone, but like its protagonists, it shines and catches your attention as it tries something new.

Inu-Oh is based on a novel by the same name, and is being released in theaters on August 12. 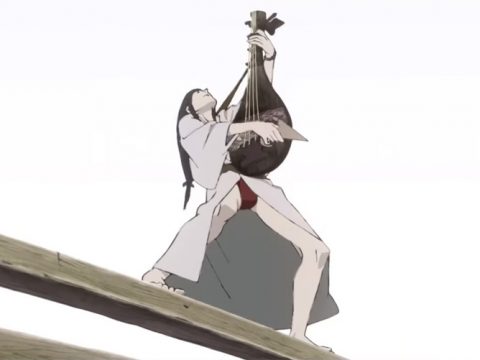