INTERVIEW: The Salaryman: Manga Edition Shows Life As an American Working in Japan 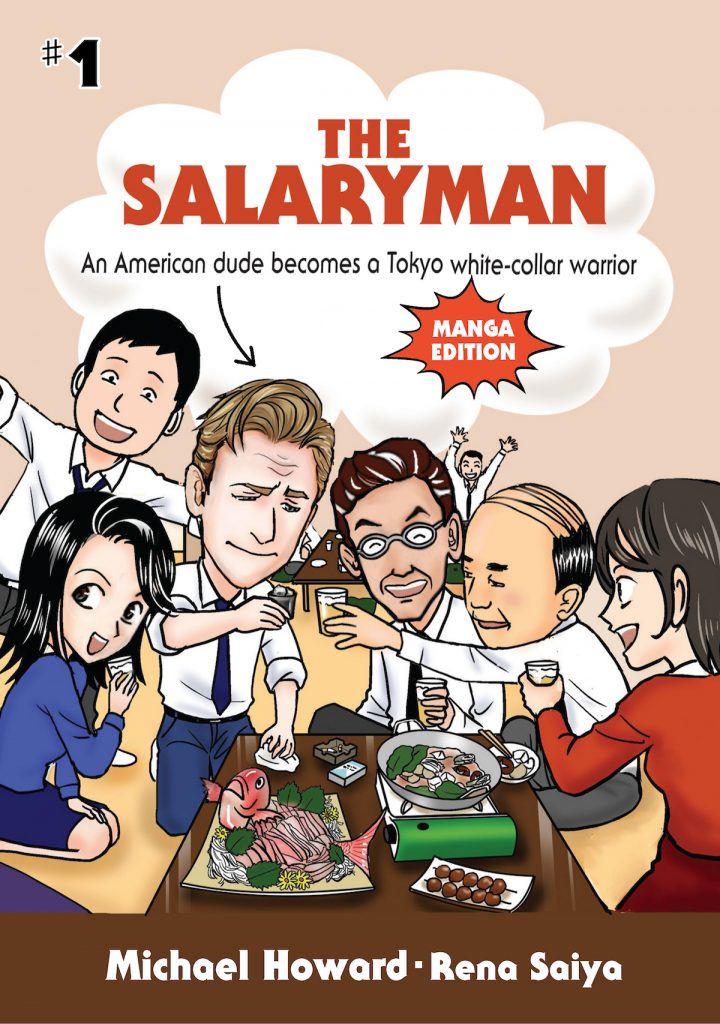 Last year Michael Howard, an American who’s been living and working in Japan since 2008, released his humorous memoir The Salaryman, complete with manga style illustrations by Japanese mangaka Rena Saiya. This year Howard is releasing a new manga series—The Salaryman: Manga Edition. It continues the foibles of being a Homer Simpson-esque American learning the manners and rules of a completely different culture. Saiya is back for the art, and the manga is being published digitally issue by issue, available on comiXology. Otaku USA caught up with Howard to talk about this unique experience of a manga being written by an American and a Japanese person both living in Japan.

Why did you decide to do a manga version of The Salaryman?

I worked with a very experienced Japanese manga artist named Rena Saiya for the illustrations in the book version, and I received many responses from readers hoping to see a manga based on the book. I always saw many of the more comical scenes in the book as being very sitcom-like and natural for a manga. And I could see that Rena and I could do much more together than just book illustrations, that we were barely scratching the surface of the visual story of middle-class office life in Japan.

Besides the fact that it’s manga-style, how will this series be different from The Salaryman?

The manga is fictional, but a lot of it is based on true stories, some of which appear in the non-fiction book. The manga focuses on life inside one traditional Japanese company, and what it’s like to be a foreign employee there. The focus in each of the manga’s issues is on the characters and situations, whereas the book is a memoir organized by chapters that unwrap my various theories about learning how to be a white-collar immigrant in Japan. The situations and characters are context for the book’s theories, whereas with the manga it’s kind of the opposite. Another big difference is that with the manga, the dialogue and narration brings a Japanese point-of-view into the situations, which I believe cranks up the humor. 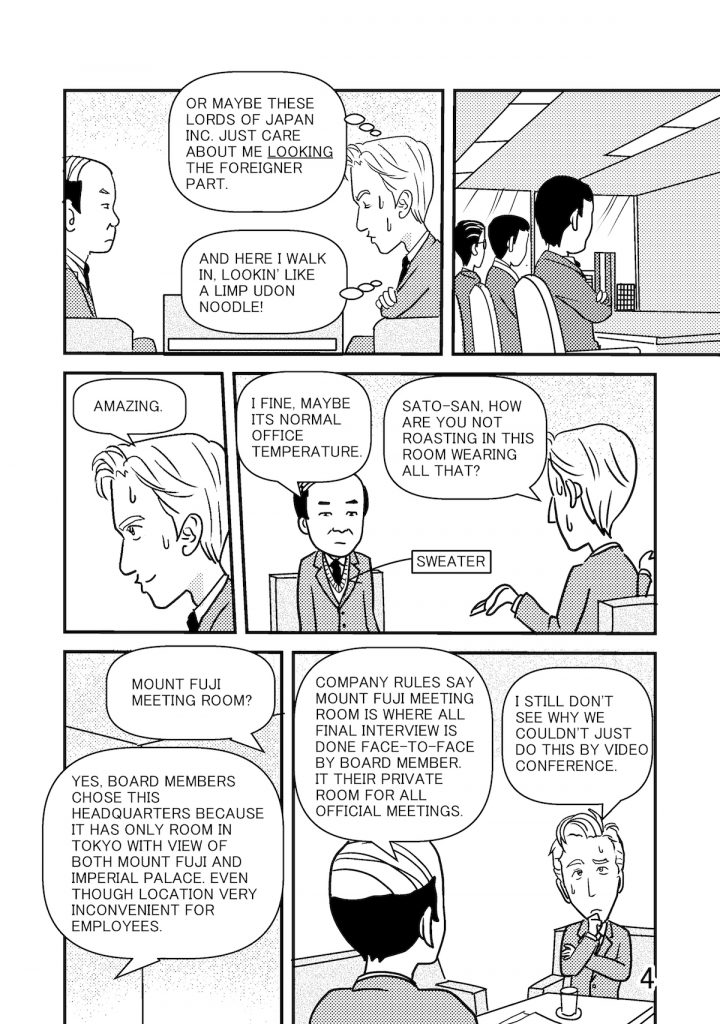 How did you and Rena Saiya work together on this?

I wrote the script and designed the storyboard, and Rena took my art direction and did the rest. This was my first time doing a manga, so it was more iterative due to my inexperience than probably it will be with later issues. But basically I started with the script and some key visuals or jokes for a story, and worked outwardly from there. The biggest emphasis for me was making sure the panels flowed well and the setups were there for the jokes.

Can you give us any teasers of topics you’ll be tackling in future issues?

A Japanese yakuza-connected character will be introduced, based on a real shady guy I had the misfortune of knowing at one of my tenures at a Japanese company here. And I’ll dive into situations involving Japanese universal health care—a colonoscopy, knee surgery, and the dreaded annual health exam done inside the company offices.

Do you have a set amount of volumes you plan to publish, or just see how things go (and what new things happen in your life you can write about)?

I have stories outlined already for several more issues—having enough material is not a problem. I plan to release an issue every month once I get the first one off the ground and also publish the Japanese version of it.

Where else can people find out about your and Rena’s work?

The Salaryman book is available at the book’s website, and Rena’s website contains her bio and work samples.  I invite readers to subscribe to my book’s news notification list (listed on the book’s website) so they know when new manga issues are available.