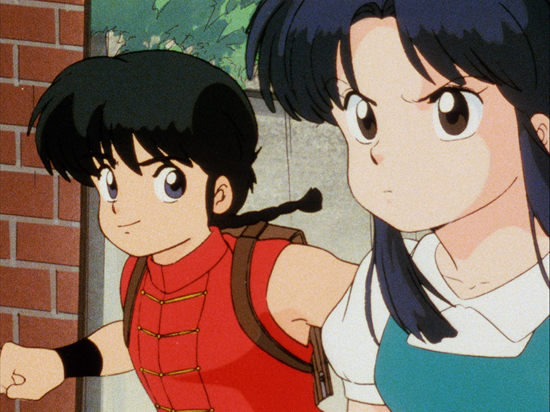 Anime classic Ranma ½ is finally back on shelves along with a new collection of Rumiko Takahashi’s original manga. We took the opportunity to fire off a quick round of questions to some folks at Viz Media, and Senior Manager of Animation Marketing Charlene Ingram fired right back.

If viewers don’t have a Blu-ray player, how else can they watch Ranma ½?

VIZ Media will be releasing the entire 161-episode TV series in 7 sets with 23 episodes each on both Blu-ray and DVD. In addition, viewers can catch Ranma ½ episodes on NeonAlley.com for free!

As for the Blu-ray sets, they will be limited editions, so once they are gone, they will not be reprinted. The Blu-ray sets are designed to look very striking on the shelf when displayed together. Set 2 is scheduled to ship in late June 2014. 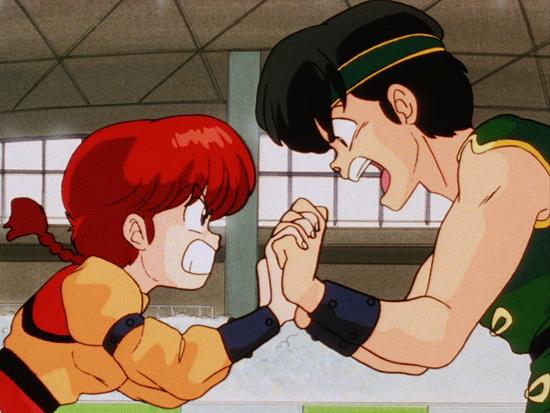 Can you tell us how Rumiko Takahashi has changed the shape of manga and anime?

Rumiko Takahashi-sensei is truly a great treasure to both manga and anime. Her stories are so fluid, engaging and every tale has characters the reader can identify with. While all her works have a fantastical element to them, it still has a way of feeling real, like MAYBE it’s all possible. When reading or watching Ranma ½, it’s easy to wonder, “Wouldn’t it be convenient to be able to change into something else with a splash of water, even though it’s technically a curse?” It’s fun to fantasize about changing… but being able to change back, too! That’s the kind of imagination that brings people into the world of manga and anime, and it’s very special. There’s no other manga-ka like her and her works are like a Master Class in the medium.

It’s an interesting side note than many members on the Ranma ½ re-release team on both the manga and animation sides trace their fandom origin stories to Ranma ½ in one way or another. It’s a big reason why so many of us decided to pursue the path to becoming a part of the industry. For me, it’s certainly a little exciting and surreal to be working on such an important series! It really shows how timeless Ranma ½ is to be able to release both the manga, remastered and right-to-left for the first time, as well as the anime series in high definition. As someone who used to pre-order the VHS tapes and get the graphic novels from my local comic book shop back in the ’90s, it’s especially exciting to see these new releases come to fruition! 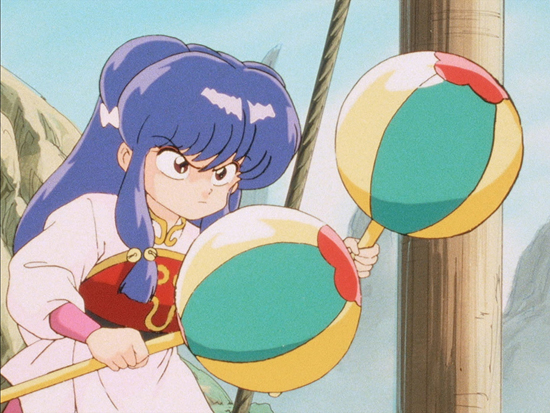 The dub is considered a classic, but when you listen to it now, it definitely has a specific direction and tone to it that’s of its time. Was there ever any concern about reaching a wider audience, or do you believe a series like this speaks for itself and still has broad appeal?

While the classic Ranma ½ dub is definitely a product of the ’90s, it’s the dub anime fans know and love. We wanted to preserve this classic aspect on the release. The story is ageless and has wide appeal on story alone thanks to Takahashi-sensei, so we didn’t want to change it. 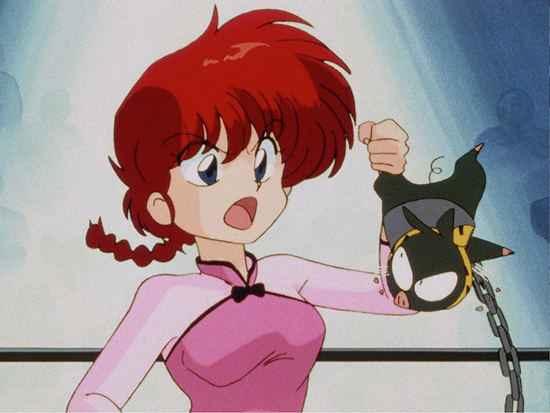 This is a big release for fans of Ranma ½, with a handful of nice extras. Is there any bonus material you wanted to include but couldn’t, either due to space issues or some other reason?

Well, if we included everything we ever loved about Ranma ½ in the release, you’d probably need a truck to pick it up, let alone the issue of shelf space! That said, we wanted to finally give both longtime fans and newcomers alike a beautiful and impressive release that is conscious of its shelf footprint. We know Ranma ½ fans will want to collect all seven sets as well as the new 2-in-1 Right to Left manga releases, so we made sure to stay aware of that. The goal was to produce releases fans would be proud to display on their shelf.  Now, being able to include the booklets and Takahashi-sensei art was a huge deal, especially when it comes to the manga sampler and episode guide. Publishing and Animation rights are handled in very different ways, so it took a lot of teamwork and long nights to make everything possible. There’s so much dedication and love in the releases and it’s our sincere hope fans enjoy it.