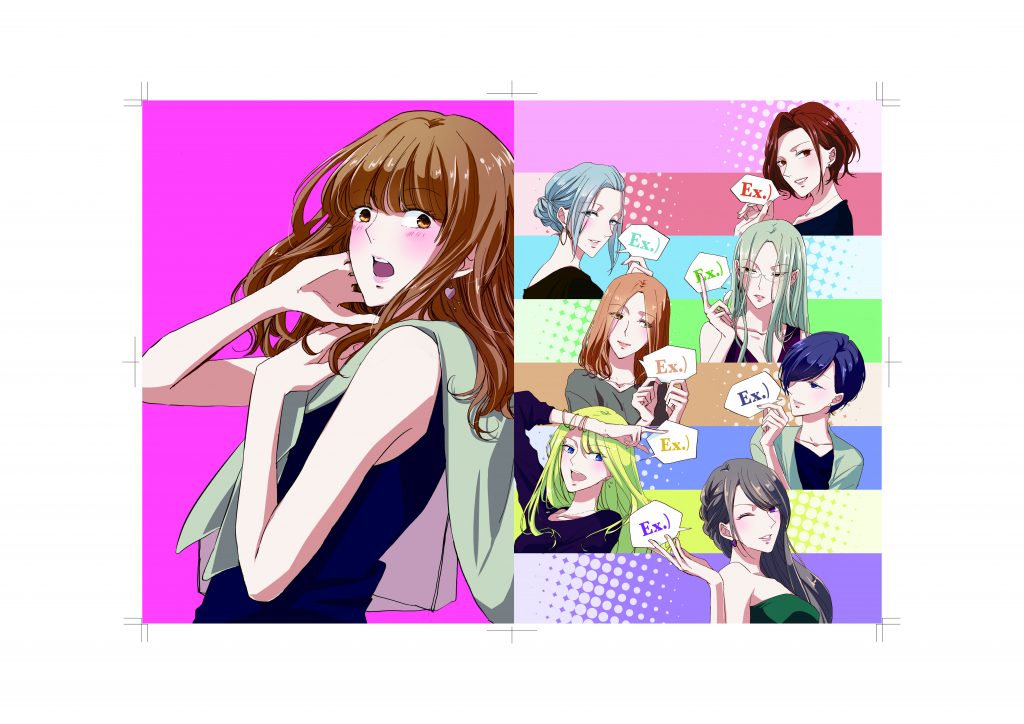 Ruri Hazuki is one of the main mangaka at Lilyka, Digital Manga’s yuri imprint. She recently made some autographed limited-edition shikishi, a type of board an artist might use. Otaku USA caught up with Hazuki to learn more about her manga, how she got started as a manga creator, how Western shows influenced her books, and where fans can find her work.

You’ve published 10 books with Lilyka. Can you please tell us about your different series?

All commercially published manga works by our circle have been released by Lilyka as English version.

As for the different series of works other than manga, there are novel works such as the Saturday series and Wednesday series. Both series have only women in the stories and I am in charge of the cover and illustrations. 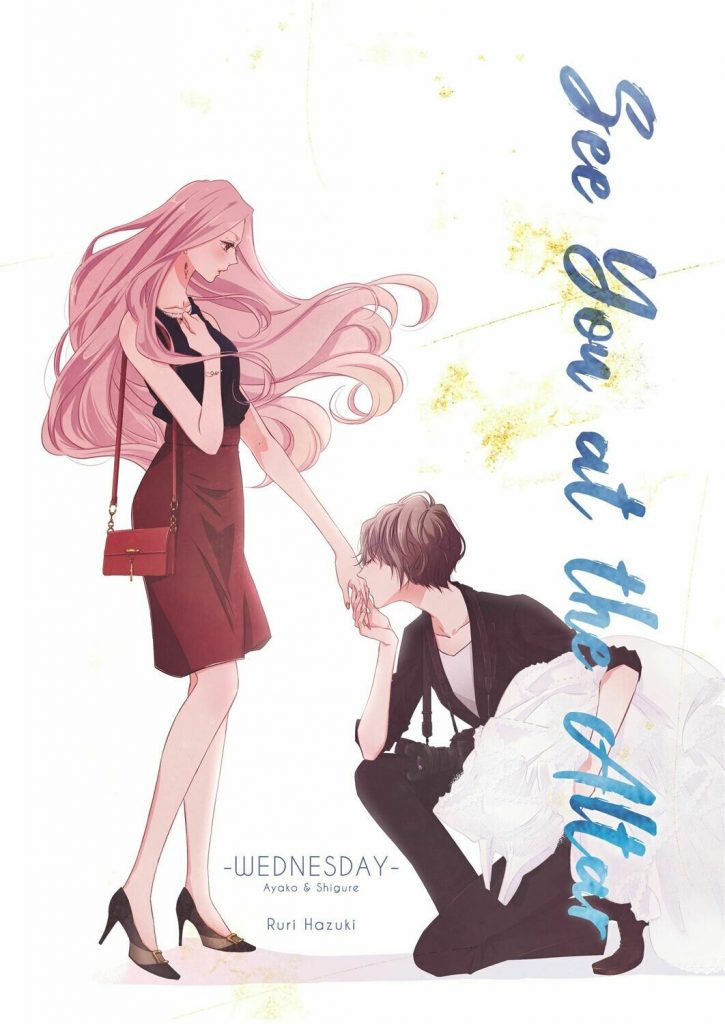 How did you get your start as a manga creator?

Originally, the illustrations were published on Twitter and pixiv. When I started working as a circle, I wanted to make a novel  (as mentioned above) first. But at the doujin event, I had the impression that more comic books grab attention quickly. So, I also started drawing manga so as many people as possible could stop by.

I have been drawing manga and pictures since I was about 10 years old.

What do you like about yuri as a genre?

I like the “unique” places where you can talk and hide things, because you are the same gender. Therefore as a story, I don’t think it’s necessary to develop into a love affair between the same gender, and I also love the story of friendship between women. I think I’d rather like it more. LOL.

As an adult, showing off, the behind-the-scenes aspects of the appearance and official stance become more complicated, so I like that kind of yuri to draw. 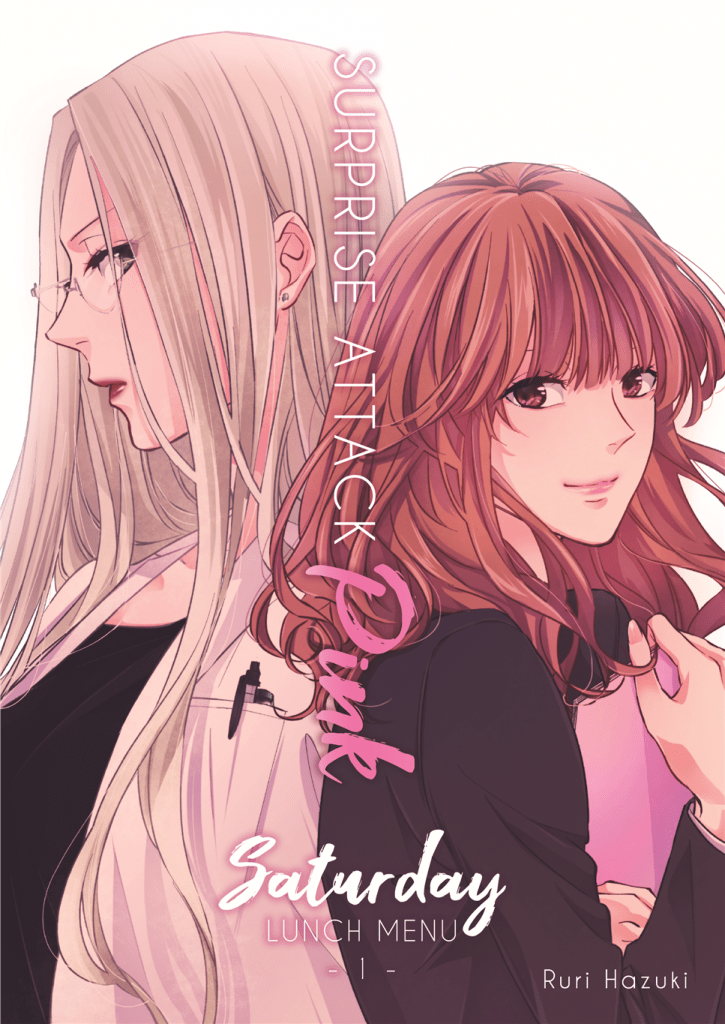 What overseas dramas have influenced your Saturday series? What else inspires your manga?

Because it is a work of love between women, I often watched The L Word. However, like my answer to the above question, I thought that the friendship part was wonderful. LOL.

The gorgeous worldview is very good, and I also love Desperate Housewives in that perspective. I like accomplice relationships. It’s really nice to share secrets.

In the comical perspective, I think I am quite influenced by Friends. Such things and various other things are mixed together to form the Saturday series.

Can you please tell us about the shikishi you created for Lilyka?

I was surprised because I received a request for colored Shikishi for the first time, but I enjoyed drawing it very much.

The purchasers did not make any requests for the format in this event, but most of them sent me a message in advance and said, “I like this character from this work!”

So, to deliver my wish overseas, I drew characters of 5 couples.

Additionally, there was a request to send the autographed video, so I made a “making-of video.” It was a lot of fun and I spent a meaningful time thinking about the various compositions.

Thank you for your continued support of Liryka!@LilykaMangahttps://t.co/6UDaNqtrSN

How can people get your postcards through pixivFANBOX?

3. All plans except the Beer Plan are able to receive a postcard. (Higher than Burger plans will qualify.)
4. Click “Become a FAN.”
5. Please select “continue” using this account or select different account.
6. Please follow the process accordingly the way it was shown on this website.
7. If you completed a registration, please let us know your address to send you a postcard from this form. https://ruri.fanbox.cc/posts/906845.
Is there anything else you’d like American fans to know about you?

There is no translated version of the novel of Saturday series as I mentioned at the beginning, but the ones that were turned into manga have been translated up to the second episode. I’d like to draw more, little by little, so I’d be happy if you could read the Saturday series, which is the most American vibe in my series (I think …)… 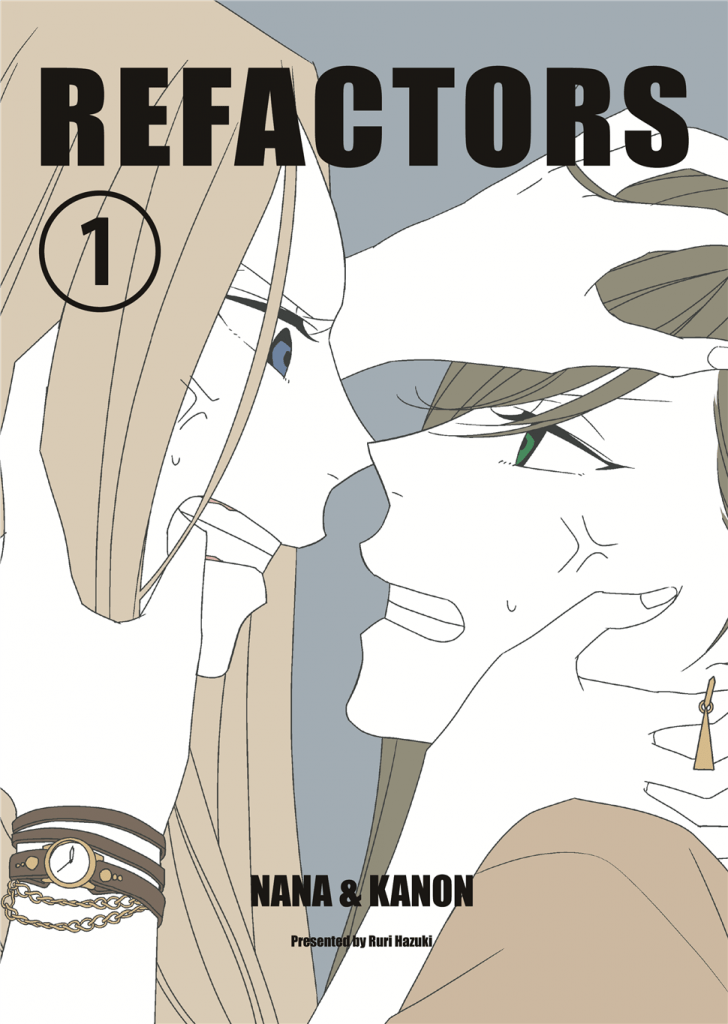 Are you going to make the next issue of REFACTORS?
There are many episodes I want to draw, so I’ll do my best to put them out while I’m alive! LOL. Thank you for looking forward to the continuation!
____
Danica Davidson is the author of the bestselling Manga Art for Beginners with artist Melanie Westin, and its sequel, Manga Art for Intermediates, with professional Japanese mangaka Rena Saiya. Check out her other comics and books at www.danicadavidson.com.
Interviews 140lilyka 11ruri hazuki 1yuri 22